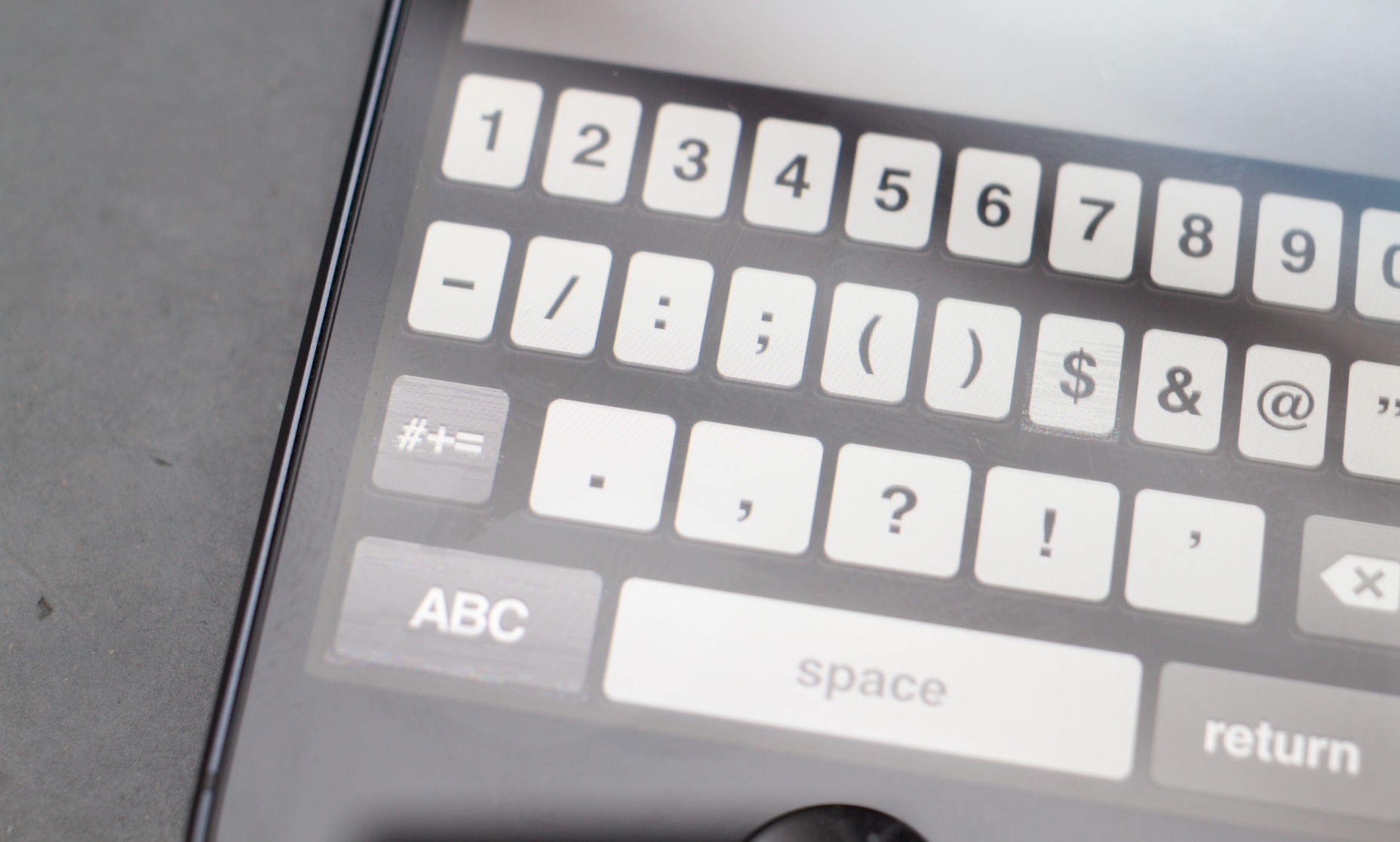 Over the past couple of weeks, users have been reporting screen glitches seen on the screens of their new iPhone 5 devices. These glitches very commonly show up on the keyboard, especially when there is a popup window present that is waiting for text entry.

That most frequently occurs in the App Store, where users have to enter their passwords before purchasing apps, so that’s where most of the reports are indicating they’ve seen it. But we’ve been tracking the issue for a few days now and have seen the glitching on app icons, and heard reports of it showing up in other parts of the iPhone’s UI as well. Whatever is going on here, it’s not limited to the keyboard.

So, what exactly is causing it? Is it a hardware problem that could lead to trouble for Apple who would need to replace problem units? Or is it a software glitch that could be fixed with an update delivered over the air directly to user?

After looking into the problem and talking to some very smart people with experience in this field, we’re fairly confident that this is in fact a combination of two similar, but different problems, both of which are fixable via software.

There appear to be two different things at play here. I’ll show you the first one in a shot of my iPhone’s screen that I took when I saw the glitching appear for me.

You can see that several of the buttons are showing this multicolored striation or ‘mosaic’ pattern. The important detail to note here is that the glitching does not extend out beyond individual elements of the interface. They’re attached to specific keys. This indicates that this is likely a result of corrupted textures being loaded by the graphics processing unit (GPU) of the iPhone and would need to be corrected by replacing those textures or figuring out what’s causing them to display improperly.

This kind of glitching could also be seen, for instance, on an app icon, which is something I’ve had happen. So it’s not a ‘keyboard’ problem, it’s a ‘texture’ problem and could crop up anywhere.

Next, there seems to be a bug that is displaying a flickering horizontal line across the keyboards of some devices. You can see that in this video:

This glitch — and this is definitely in the realm of speculation, as Apple doesn’t discuss this stuff publicly — also appears to be software based. It actually appears to be related to the fact that the window manager for iOS was separated from the Springboard in iOS 6.

If that sounded like english to you, then you’re probably an iOS developer. See, that pop up box that displays password entry forms is actually a separate window, just like the ones in OS X. Previous to iOS 6, these windows were handled by the Springboard, which is the ‘desktop’ environment of iOS that shows you your icons and whatnot. It’s roughly equivalent to the Finder on OS X. This setup had a lot of issues and was generally considered to be a sloppy option, but it worked, and so.

Now, the Springboard team at Apple has separated those windows out into their own window manager called Backboard, and something in that process could very well be causing those glitches.

Whatever the cause, it appears from our investigation that this should be able to be fixed via a software patch, without having to replace or repair any hardware components. This appears to be backed up by a poster on the Apple support forums (and take this with a grain of salt) who says that an Apple Corporate Executive Relations department rep told them that it was software based and that they’re working on it:

That seems to fit with what we’ve come up with.

We’ve reached out to Apple to see if they have any information for us and will update this post if we receive any. But either away they’re aware of the problem and it’s likely that a fix is incoming.

Still considering whether or not to buy an iPhone 5? Read our comprehensive review.

Read next: Mozilla details how old Adobe Reader, Flash, and Silverlight plugins will be blocked in Firefox 17