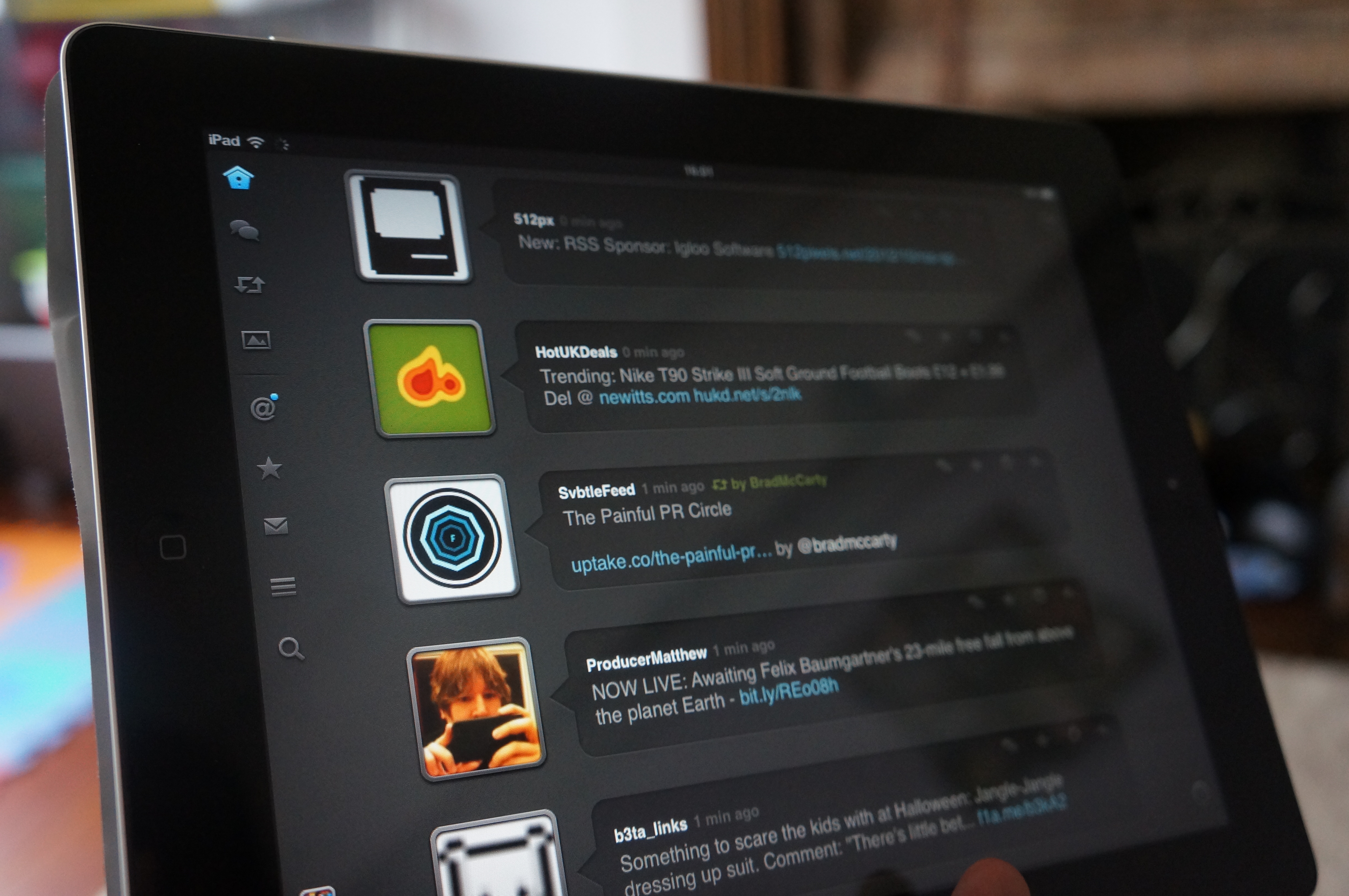 Innovative Twitter app Quip has been updated and rebranded today as ‘Tweetglass’, bringing with it number of new and interactive features.

Previously, we had lauded Glasshouse Apps (the developers of Tweetglass) for its beautifully crafted app that almost turns the Twitter timeline on its head, delivering tweets, replies and conversations in readable, chronological order.

All of that is still there, but with version 1.1, Tweetglass now supports streaming (over WiFi), read later services, improved timeline scrolling, gestures, animations and better localisation; with French, simplified Chinese and traditional Chinese now supported in the app.

Perhaps one the most refreshing additions is the inclusion of a new “Who’s tweeting” notification. Now, when you are someway down the screen and new tweets come in, Tweetglass will display the Twitter icons of who is posting to your timeline on the top left of the screen (shown below), giving you an idea of whose tweets you might be missing.

If you like to keep your iPad next to your desk to deliver Twitter updates, Tweetglass will knock older tweets down as new updates come in (as long as you are at the top of your timeline), “so you can keep it open at your desk and go hands-free.”

If you haven’t used Tweetglass before, take a look at our original review of Quip from May. If you like what you see, it only costs 99¢ (or 69p), so you have no excuse not to try it.

Read next: What big data means for small business