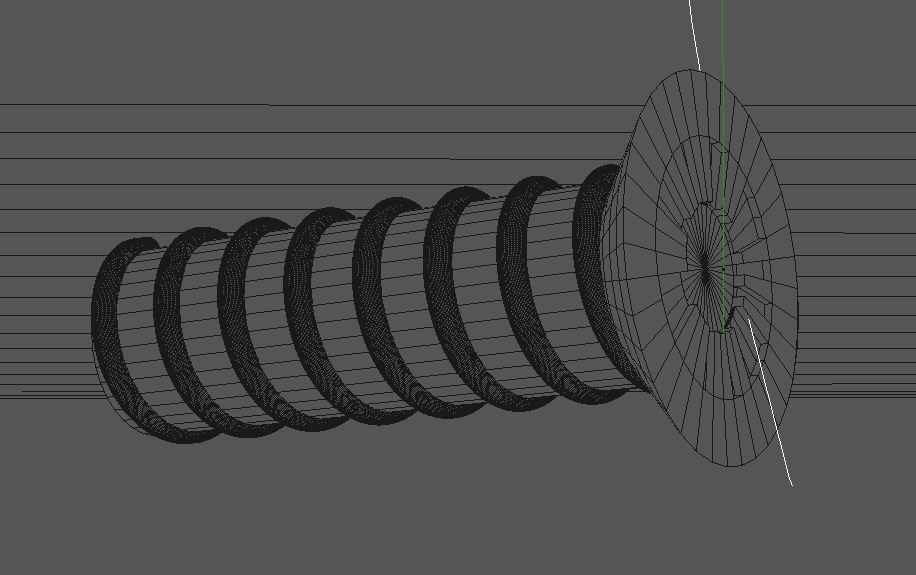 Over the past week, you may have read reports that Apple was looking to introduce a new asymmetric screw that would make it more difficult to perform repairs or explore the innards of its products. Many were apprehensive, and rightly so, because it has been confirmed that the new screw is nothing more than a render created by a Swedish production company.

As it turns out, the asymmetric screw was created by Day4, a firm that specialises in motion graphics. In a blog post entitled “How we screwed (almost) the whole Apple community,” Day4’s Lukasz Lindell explains why they decided to tease a mockup of the new screw on Reddit, watching on with interest to see if it would spread virally.

Lindell says that the team’s intention was to piggyback on the buzz associated with the upcoming launch of Apple’s next-generation iPhone, with the hope that even though it was just a 3D graphic, Internet commenters and tech writers would be prepared to defend the authenticity of the screw, without really knowing anything about it.

Lindell writes: “One afternoon we sketched out a screw in our 3D program, a very strange screw where the head was neither a star, tracks, pentalobe or whatever, but a unique form, also very impractical. We rendered the image, put it in an email, sent it to ourselves, took a picture of the screen with the mail and anonymously uploaded the image to the forum Reddit with the text ”A friend took a photo a while ago at that fruit company, they are obviously even creating their own screws ”.

It spread far and wide, with Cult of Mac the first website to pick it up. This was followed by an in-depth piece by Wired, which offered opinion from iFixit co-founder Kyle Wiens (noted for its teardowns of Apple products) with the strong opinion that even if the screw was real, it would only be a matter of time before hardcore DIYers would be able to get around the design specification.

Lindell notes that while technology writers took the image leak with a heavy dose of scepticism, it was the commenters on their respective websites that were ready to believe the leak was real, reinforcing the rumour that Apple was working on the new screw and would incorporate it into its new products.

The Day4 team wasn’t surprised by the response: “With big players like Yahoo, Wired and Macworld [UK – ed.] writing about something, then you have no reason to doubt, one gets a feeling and go at it. In this case, it was about a new type of screw, a relatively unimportant news. But for us it raises a concern about how we consume information today,” Lindell writes.

It even offered its own rumour matrix:

Apple’s strict levels of secrecy ensure its product plans remain hidden, leaving Apple fans to link tiny pieces of publicly available information to create mockups and pass them off as the real deal.

If you were taken in by the rumour, Day4 has this to say: “Finally, we just want to say sorry to you who feel cheated, but the meaning behind the experiment may provide a longer-term results, that we become more thoughtful about things we see on the Internet.”

Carry on, nothing to see here.

Read next: App recommendation platform Kinetik gets a new look as it aims to become 'Flipboard for apps'