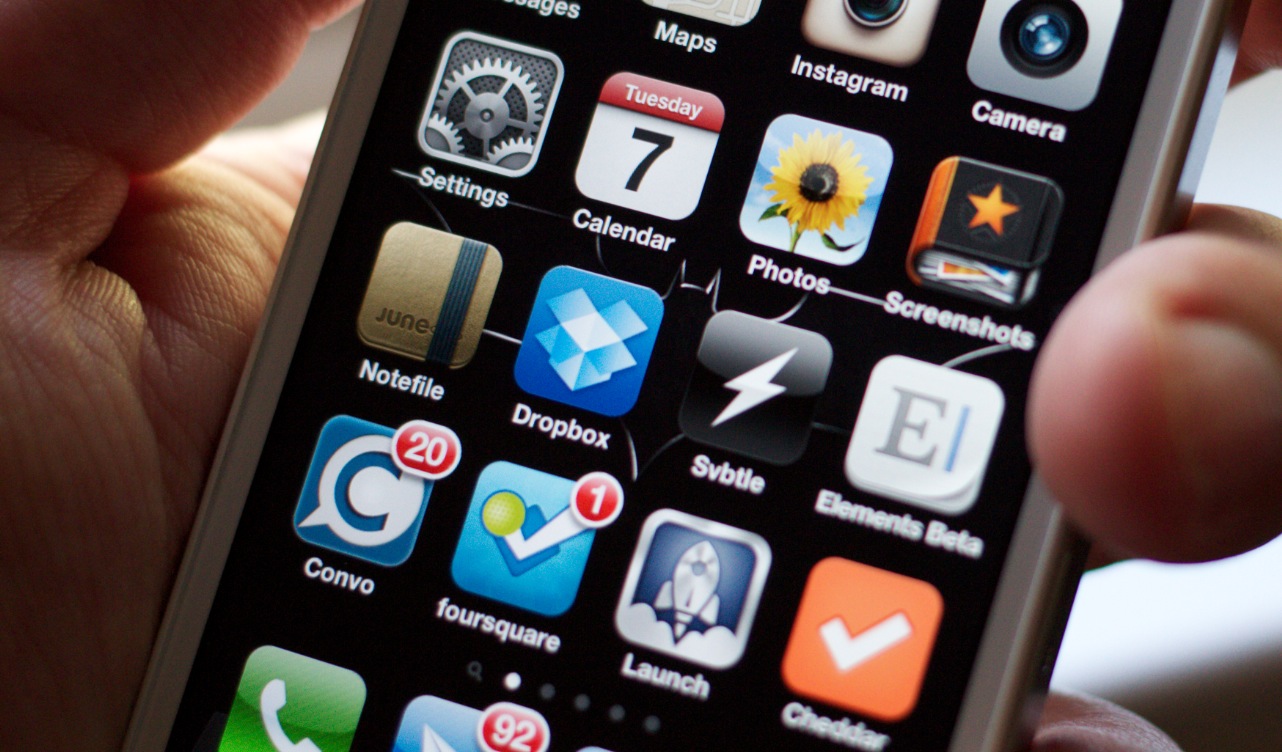 The first several witnesses called in Apple’s ongoing patent trial vs. Samsung have been largely related to the industrial designs of its devices and a couple of operational patents. For the last couple of days, however, talk has turned to Apple’s software design patents, specifically the ‘grid-of-squares’ home screen and the designs of the icons themselves.

To comment on these, Apple has called on Mac iconographer Susan Kare. She’s an acclaimed designer that came up with many of the icons used in the original Mac, as well as the original Solitaire deck design shipped with Windows. We previewed what Kare would be saying in a post this past weekend, and her testimony has stuck fairly close to that.

Much of the argument surrounding Samsung’s alleged duplication of Apple’s icons has to do with the general impression that the devices give off: that they look just like an iPhone.

But there is also the matter of specific icons being copied wholesale. Apple has a trademark on most of its core icons, including Photos, Messages, Notes, Contacts, Settings and iTunes. All of these are named as infringed in the original suit, though some of the claims have been narrowed down in the current trial.

The most potent example of the copying that Apple is alleging, however, comes in the form of the Photos app.

Here’s Kare describing the contents of the icon and breaking down why this particular iconography was used:

This image appears to be a realistic illustration or photograph of a single sunflower matted against a blue sky background as a symbol for the Photos application (used for viewing photos on the device). The flower evokes a photograph but is an apparently arbitrary choice for a category often represented by iconic vacation scenes (e.g., beaches, dogs, or mountain landscapes). It symbolizes photos, but it does not suggest a literal representation of a printed photo or typical digital photo aspect ratio. It seems to be a generic photograph—without a reference to any particular camera or photographic end product. The sunflower is a non-controversial subject that is not specific, such as a photo of a particular, identifiable person or place, and the blue sky both provides contrast against black and is a general symbol of optimism. It also echoes the sunny day image on the Weather icon. The icon is the subject of U.S. Trademark Reg. No.

The image, of a yellow sunflower with green leaves, is completely arbitrary. That means that it, quite literally, could have been any other object in the world, but Apple chose a sunflower for the reasons outlined by Kare above. It’s non-threatening, non-specific and it shouts ‘photograph’.

So, when it came time to design an icon for its own version of the Photos app, called Galleries, the world was Samsung’s oyster. It could have picked any image on earth to represent a photo. Anything at all.

What did it pick? A yellow sunflower, with green leaves.

Why a yellow sunflower? Why also show the green leaves? Why a flower at all? Any image in the universe, and it had to be this one. That’s what Kare’s testimony was about and that’s what Apple is trying to convey to the jury.

Apple argues that the choice on Samsung’s part reflected a direct and blatant decision to copy Apple’s icon outright. It says that this decision was carried over to other icons as well, including those for the apps mentioned above, and it’s hard not to see the resemblances there too, though those icons do use slightly more standard imagery like a phone headset.

The decisions about whether Apple was copied by Samsung will be made by the jury. Apple is hoping that the court of common sense, however, makes it easy to see that on some level, there were decisions made at Samsung to take the shortest road when designing its products: to look at what Apple had already done, and copy that.

Read next: Can't get enough of those epic quotes from Y Combinator's Paul Graham? You're in luck