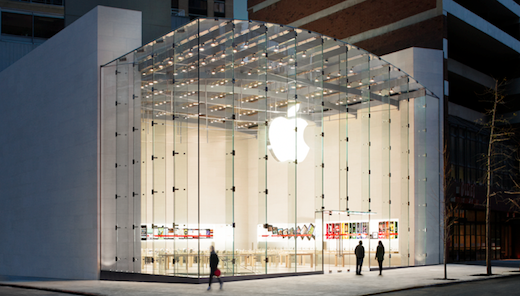 We only just reported that Apple has sold a total of 410M iOS devices, with more than $5.5B paid to developers. This news was announced during the company’s earnings call today, and is interesting in and of itself, but there’s something hidden in these numbers…

The app store has been known for bringing in some serious cash for select developers, especially in comparison to Google Play, and it’s particularly interesting note the ratio of devices sold versus cash paid out.

Looking closer at this ratio, we can estimate that ($5.5 billion / 410M iOS devices) approximately $13 is paid to developers for each and every iOS device.

Furthermore, since Apple keeps 30% of profits, and the amount paid to developers would supposedly equal 70%, Apple makes approximately $18.50 through app store purchases per device, keeping a cut of around $5.50. Finally, if most apps are 99 cents, Apple must sell something close to an average of 18 apps per device (not including freebies).

Of course these numbers are pure estimates, but they are completely plausible and based on official stats. Apple’s $5.50 cut per device probably ends up not even covering the cost of hosting and serving up all of the App Store’s apps (free + paid), not to mention the company’s free iCloud services.

For more check out all of our Apple coverage here.

Read next: Howard Lindzon, founder and CEO of Stocktwits, sells his Twitter stock