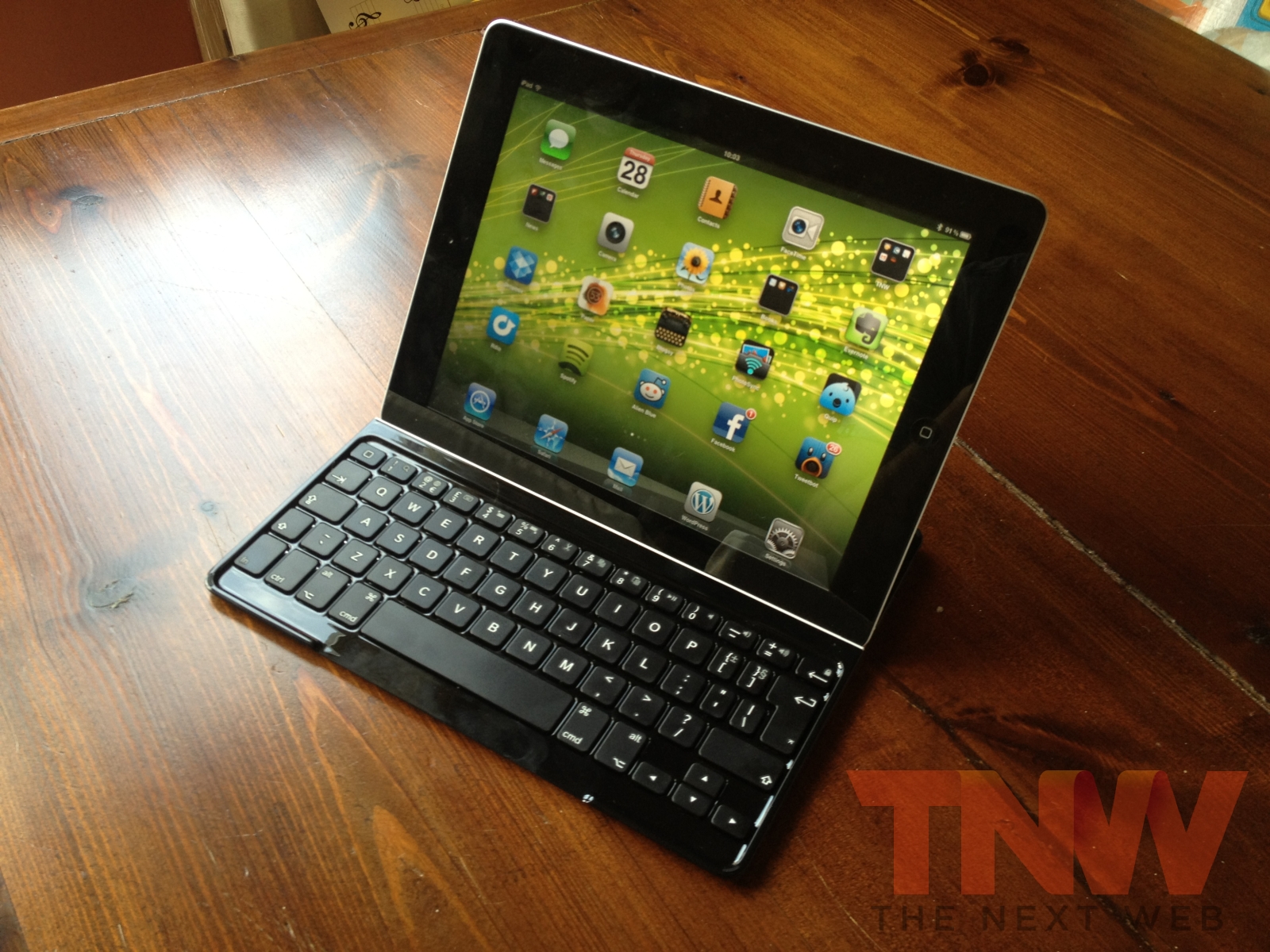 Tablet keyboards are experiencing a surge in popularity recently; in fact many device makers are designing their new tablet devices to include a keyboard accessory the minute it launches.

Asus has enjoyed steady sales of its Transformer line of tablets, including a removable keyboard that bridges the gap between the mobile device and a notebook, and Microsoft has developed its new Surface tablets to operate with a magnetic cover that features a full multitouch keyboard on the inner side.

Currently the world’s most popular tablet device, the iPad has spawned a number of popular third-party keyboard accessories but Apple has never made its own (other than its official extensible Bluetooth keyboard that can be used across a range of products).

This has opened a gap for accessory specialists like Logitech to develop their own range of iPad accessories that combine great design and slim form factors but make the iPad more usable in certain environments.

One such product is the Logitech Ultrathin Keyboard Cover.

Announced back in April in the US, the Ultrathin Keyboard Cover is now available to buy in the UK for £89.99, giving us the perfect opportunity to go hands-on with the accessory and determine whether it has enough bang for its buck (or should we say pound?).

Read below for our full review.

Before you have even take the Ultrathin Keyboard Cover out of its box, you will recognise just how thin it is. The box in which it comes could be mistaken for something you would find in a stationery supplier, holding plastic wallets or something similar.

However, once you free it from the box, you will realise just how much Logitech has managed to pack into its keyboard.

On the side is a switch to turn the Bluetooth functionality on or off, a pairing button and a charging slot (MicroUSB). The Ultrathin Keyboard Cover needs one full charge before use, but after that, Logitech says that you will be able to get up to six months.

The accessory is thinner than the iPad but matches its dimensions perfectly to operate as a cover when it isn’t in use. On the top of the Cover lies a small magnetic clip which will attach itself to the left-hand side of your iPad, where your Smart Cover would normally attach.

The keyboard takes up just over half of the Ultrathin Keyboard Cover, positioned underneath a white plastic ridge that is angled to accomodate the iPad when it is turned horizontally. It’s really easy to fix the iPad in position and unless you are really moving it around, you shouldn’t experience any issues with it falling out.

The keys are fairly large, making it easy to locate them as a touch typist. They are closer together than a MacBook Pro, taking a little bit of time to acclimatise but you also have to factor in it’s impressively small form factor.

The Cover can be used on any surface, working well on both a desk and your lap (making it a perfect accompaniment if you were using it to take notes at a meeting or using it to write a blog post at an event). It’s light enough to be taken wherever you go but it’s not so light that it will tip over with the faintest touch.

Like a Mac, Logitech has taken extra care to include shortcut buttons that can be utilised by using the Fn button and a corresponding number key. For example; Fn+1 takes you to a Spotlight search, Fn+2 opens Safari and so on.

The shortcuts make it easy to cut and paste text, control your music, adjust the volume and lock the iPad. There’s also a dedicated Home button which is located where you would normally find the Escape key, limiting your touch input.

This additional support really makes the Ultrathin Keyboard Cover stand out. Where before you had the iPad on your lap and you were hammering away on a flat piece of glass, the iPad is fixed at a much more beneficial angle and if you utilise the keyboard shortcuts well, you barely need to touch the screen.

There’s no more pressing-to-hold and selecting text, the keyboard can do it all – and more.

iOS accessories have become a billion dollar business, this means that there is no shortage of iPad keyboards on the market. With a £89.99 price-tag, it’s not cheap either.

Fixing directly to the iPad via magnetic connectors, the Ultrathin Keyboard Cover is super portable and (as it demonstrates in the name) operates as a pretty useful cover, matching the finish of the iPad’s rear side. However, it won’t protect the reverse from damage, so it is recommended that you place it inside something a little softer and more giving if you are worried about dents or impact damage.

The magnetic clip can sometimes slip off the iPad, but because I carried it in a leather folio, I rarely noticed this.

When compared to the Asus Transformer range, the Ultrathin Keyboard Cover might be lacking in terms of features (viewing angles can’t be adjusted and it can’t charge the iPad). However, Logitech markets its accessory as well designed, protective and slim — and that’s exactly what it is.

To test out its functionality, I penned part of this review using the Logitech Ultrathin Keyboard Cover, it coped admirably as I transitioned between my desk and the front room.

Is it worth £89.99? I’d say so, but Logitech could do with including a wall charger in that price.