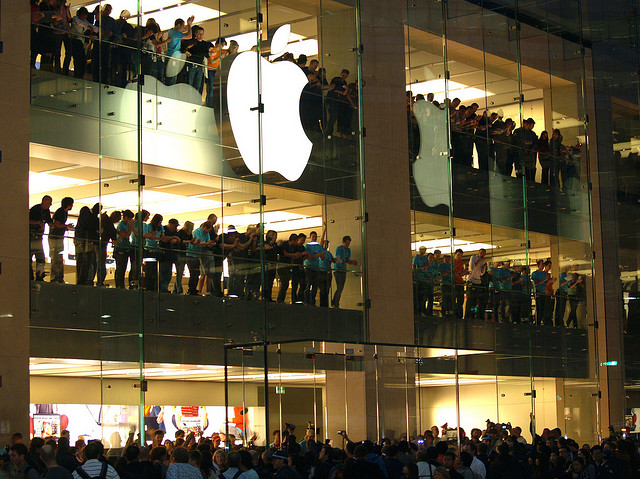 Enjoying success with a small pop-up store during the launch of Apple’s iPhone 4S smartphone in Sydney, Australia, Samsung has decided to set up a permanent location in the city by securing the lease for a new store in the same street as its rival.

In October 2011, Samsung opened its new temporary store the week before the iPhone 4S went on sale by renting a pop-up shop just metres down the road from Apple’s Sydney store, offering consumers the Samsung Galaxy S II for just $2 for one week only.

Interest in the Samsung handset was healthy, with queues stretching back further than the Apple Store down the road – although this may have had something to do with the Korean smartphone giant limiting $2 Galaxy S II handsets to the first 10 people in the line each day.

The SMH also reports that Microsoft may also open its own standalone stores in the area, imposing on what has traditionally been Apple territory before both Samsung and Microsoft overhauled their retail strategies and began opening dedicated stores in the UK, the US and across the Middle East.

With the Galaxy S III now on sale and Apple due to launch its next-generation iPhone in the coming months, the battle for sales is spilling on to the high street. Of course, both companies are locked in over 50 patent lawsuits worldwide with Apple accusing Samsung of ‘slavishly copying’ its iPhone and iPad devices.

Samsung has confirmed it has plans to open new stores in Australia, but hasn’t yet confirmed that it has taken over the lease for the old French Connection store:

“Samsung is currently finalising some exciting retail plans for the Australian market and we look forward to making an announcement soon.”