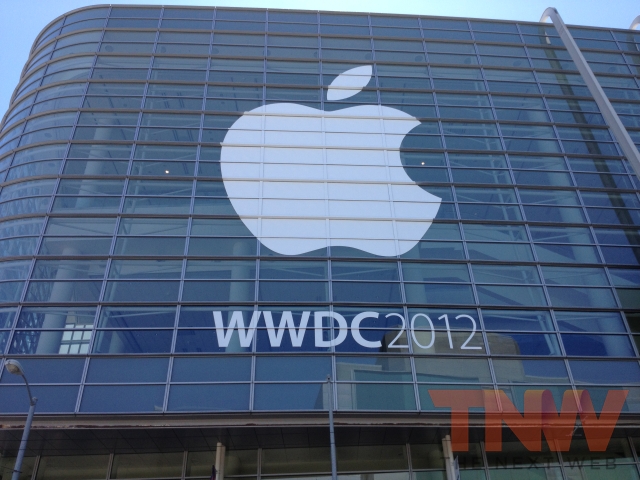 Moments ago at WWDC 2012, Apple’s Phil Schiller announced updates to both the MacBook Air and the MacBook Pro, finally unveiling a new Retina display which will arrive in the 15-inch MacBook Pro model.

Apple has also been able to reduce the glare and reflection by 75%, making it easier to see things on the screen, but also use it in direct sunlight.

The Retina-ready MacBook Pro’s are configurable: up to 16GB of RAM and boast up to 1GB of video memory. Additionally, a maximum of 768GB of Flash storage is available (that’s flash memory, SSD, not standard hard drives) and it still kicks out 7 hours of battery life.

On with more features, this is the first MacBook ever to have HDMI built in. It includes an updated  MagSafe connector — now called Magsafe 2, and it’s a lot thinner. The new notebook also uses fans with asymetrical blades that distribute the sound across ‘multiple spectrums’ making it quieter.

How much does it cost? $2199! And it ships today. Crazy talk. “Without any doubt, it’s the very best computer we’ve ever built,” says Apple’s design chief, Jony Ive.

Separately, Apple has updated the standard 13-inch and 15-inch version priced at $1199 and $1499. They will come with the following specifications:

Read next: Here are the specs and pricing for Apple's newly-updated MacBook Pro and MacBook Air