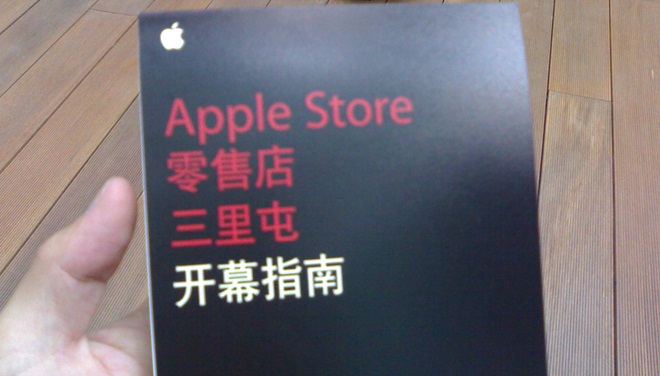 Chinese government officials have revealed that Apple is making plans to increase its presence in China by opening two new Apple Stores in Chengdu and Shenzhen.

The move would represent the first retail outlets that the Cupertino-based firm has opened outside of Beijing and Shanghai, and would take the total number of Apple Stores in China to seven, Reuters reports.

Both proposed new cities are among China’s top tier, in terms of wealth, influence and population, and would help give the US company a larger reach that it currently enjoys.

The possible expansion is entirely logical since Apple’s business continues to go from strength to strength in China. The company’s first quarter earnings revealed that its business in China had made $7.9 billion in revenue, up five fold year on year.

Despite big figures, its market share — which is considerably below Samsung’s — has been criticised, its iOS-based smartphones accounted for 5.7 percent of country-wide smartphone sales in the final quarter of 2011. However, a recent report suggested that its share of sales during the first quarter of 2012 was 16 percent.

A greater number of stores could help increase market share but, essentially, Apple is unlikely to be as success as Samsung in China as its device are sold at the top end of the price scale, unlike Samsung which has products at multiple price-points.

The development of carrier subsidies does have the potential to change this but, for now, they remain too expensive for many mainstream consumers, who have no intention of entering into an expensive, long-term operator lock-in.

Another important story for Apple in China is the only negotiation for a settlement with Proview over the ownership of the ‘iPad’ trademark in China. Apple is reported to have tabled an offer of $16 mullion, which is some way short of the Taiwanese-headquartered company’s expectations.

The case thought to be one of the issues that is holding up the release of the new iPad in China. The tablet was recently granted a sales permit suggesting it could be launched in the coming months, if not sooner.