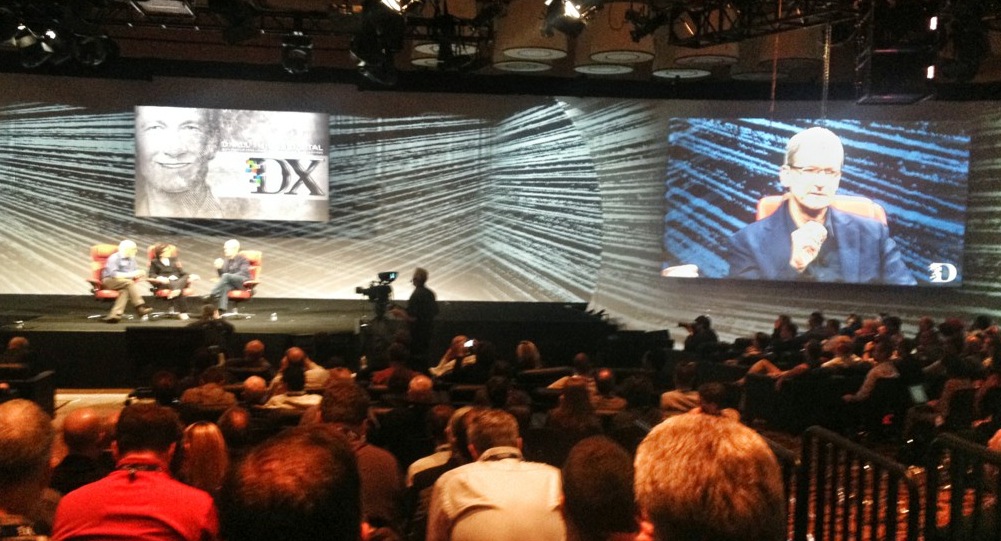 Apple CEO Tim Cook spoke at the All Things D Conference today in Rancho Palos Verdes, California. A variety of issues were covered, but one of the major components was discussion of the smartphone market, which Cook said was in its early stages, on track to become a 1B unit market in three years.

After a discussion about products, Cook was hooked into talking about iPhone competitors by moderators Kara Swisher and Walt Mossberg. When queried about the landscape of competitors Apple was facing, Cook was confident, saying “I think we have the best phone.”

“You have two OS that make up the vast majority,” Cook said. “It’s iOS and Android. You have Windows Phone now beginning to ship and we’ll see how they do. And you have RIM that is still serving a large number of enterprise customers. But the momentum right now is with the first two.”

Cook said that there was plenty of room for change when it comes to that arrangement, though, as the smartphone revolution is in its ‘early stages’. “When you look at this, it’s a billion unit market in 3 years from now,” said Cook. “A few years after that, I’m not sure you’ll see any phones that aren’t smartphones.”

When Mossberg asked Cook about the company’s focus on just one model, one iPhone, Cook said that the company’s ‘North Star’ was to make the best product. “our goal isn’t to make the design for this price point or this schedule, or line up other things, or to have ‘X’ number of phones. It’s to build the best. There’s not a policy or commandment that says ‘I shalt have one phone’, it’s about making the best.”

Cook then implied that if they could find a way to do more than one phone, they would, but that focus was Apple’s advantage. “Look at the percentage of users who upgraded to iOS 5. We have one App Store. We have one phone with one screen size and one resolution. So it’s pretty simple if you’re a developer.”

Some 75% of iOS users had upgraded to the latest version just weeks after its introduction. Cook pointed to the huge adoption of Instagram on iOS, which was then acquired by Facebook for $1B as a developer success story.

When queried about various versions of Apple products, like a ‘more affordable’ iPhone, Cook once again pointed at making the best kind of products as the company’s mantra. “Whenever we can do fantastic products and they have different price points, we’ll do that. We don’t have a religion about making one product.”