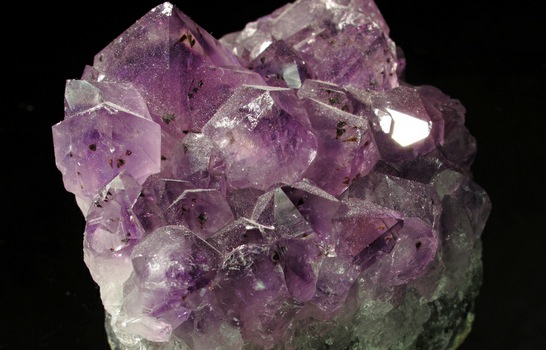 Apple’s control over its iOS and Mac OS ecosystems has repeatedly called into question in times past but a new report from privacy advocacy group Electronic Frontier Foundation (EFF) has put the spotlight on the company yet again, calling for the company to relax its right grip on its products and the software that powers them.

Supporting a call made by Apple co-founder Steve Wozniak for the company to open its platforms, the EFF believes Apple’s iOS (and some other devices) are marred by “an ugly set of restrictions on what users and programmers can do with them.”

It also calls for Apple to limit its control on App Store approvals, stop modifying open source binaries and to open its platform to external App Stores and “choose which store they buy their software from” — using the popular Jailbreak marketplace Cydia as one example.

Only available as a Developer Preview, the EFF takes aim at Apple’s upcoming Mac OS Mountain Lion operating system, lamenting the fact that the company will implement more restrictions with Gatekeeper, which limits the exec over the usage of apps on Macs.

Whilst the control can be switched off, the EFF says Apple is “continuing down the dangerous road of making their products less open,” also stating that “Apple perverts these benefits when your choice to install software from other sources is taken away, and when the only available app store charges developers 30% of their potential profits.”

The advocacy group believes that Apple should still offer its own vision on how its devices should operate as long as there is “simple, documented, and reliable way to drill into a settings menu, unlatch the gate of the crystal prison, and leave.”

With this in mind, the EFF calls for a ‘Mobile Bill of Rights’ that lists four rights that gadget buyers should enjoy:

Apple isn’t the only company under fire, Microsoft and AT&T also included in the EFF’s report.

Microsoft is accused of limiting computers that are to be Windows 8 hardware certified, by forcing the implementation of “secure boot” feature in the Unified Extensible Firmware Interface (UEFI) firmware interface specification — which is the modern replacement for a computer’s BIOS.

This effectively stops non-Windows 8 operating systems from being installed.

AT&T is blasted for its encouragement of Apple’s restrictions (it had previously been linked with the removal of iOS apps) but also because it “distributes its own modified and heavily restricted versions of the Android operating system.”

In this sense, the EFF says that the operator “might even be the worse actor.”

Apple’s policies draw controversy daily but its apparent control over its iOS and Mac OS ecosystem has done nothing to dampen sales or reduce the impact of its 600,000 app strong marketplace.

There are fewer cases of copyright infringement or malware-riddled apps than the Android Market and the average spend of an iOS device owner is considerably higher than an Android counterpart.

The EFF questions Apple’s use of Gatekeeper alerts that will warn Mac users about the dangers of running an unsigned app downloaded from somewhere other than the Mac App Store. This is correct but these apps can be signed even if they are not submitted to the Mac App Store.

You could argue that it doesn’t restrict developers, it incentivises signing and therefore promotes Apple’s emphasis on user security — especially when it enables certificates to be obtained for free.

While the intention is good, signing apps also becomes another process in getting an app to market. Signed apps will have greater standing that non-signed apps, which could all lead back to a developer hedging their bets and submitting their creations to the Mac App Store in order to reduce the steps they need to perform.

With Jailbreaking legal in the US — something the EFF was instrumental in helping achieve — users have been allowed to take back some control over their device, even if Apple battles to close exploits that allow them to do so. The most recent Jailbreak release for 5.1.1 was downloaded more than 1 million times in its first weekend of release, demonstrating the desire for at least a portion of iPhone users to have more flexibility in the apps and tweaks they install.

The EFF has done too much for software freedoms to dismiss its desires as inconsequential. They’re completely within their normal modus operandi to demand things like this of Apple. But don’t expect the company to comply any time soon. The closed and controlled systems of the App Store, along with heavy sandboxing on iOS, has led the iPhone to be one of the most stable mobile platforms out there.

Apple is determined to convert this success to its OS X operating system by whatever means necessary. It’s still very early on to be judging how effective Gatekeeper is at allowing developers to continue to offer software applications outside of the App Store. If users take advantage of the ‘off switch’ on Gatekeeper restrictions, they’re really getting exactly what the EFF wants. The only foreseeable possibility with regards to iOS lies in Gatekeeper coming to the iPhone and iPad, but that’s still a pipe dream for now.