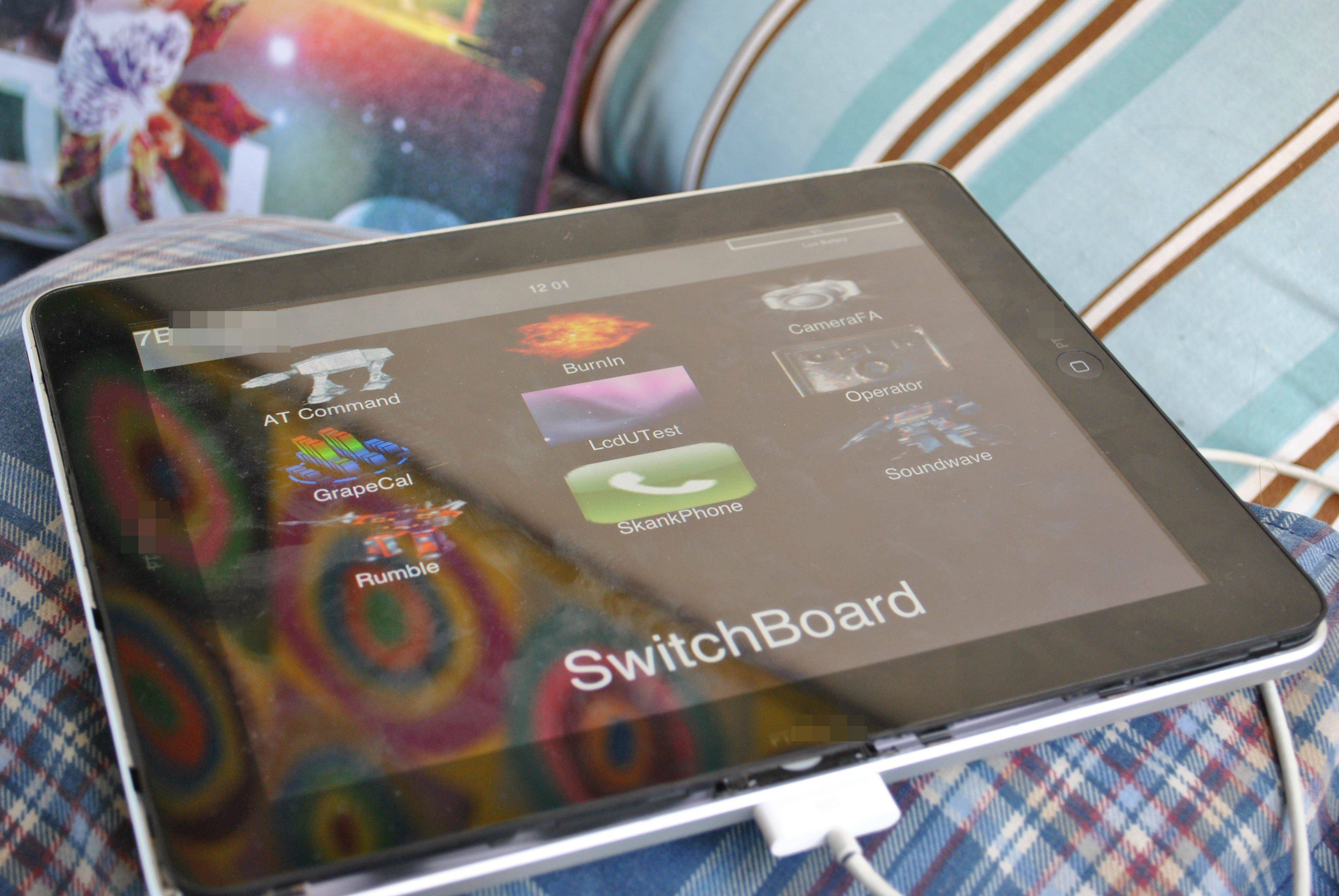 Way back in October of 2010, some curious photos surfaced that showed what appeared to be an original iPad with two dock connectors. At the time, it was hard to tell if the shots were authentic or not.

Now, an eBay auction for an iPad with two connectors, one allowing the iPad to be docked horizontally, has surfaced, reports Macrumors.

The auction, which is has started in the $4,800 range, is for a 16GB ‘original’ iPad prototype that appears to be running internal test software and shows two dock connectors, both of which have the appropriate hardware inside to support a connector cable.

The prototype appears to be legitimate, as the Switchboard software is an internal Apple diagnostic, and the parts are seemingly all in the right place. The auction claims that the unit is functional to a degree, but needs some minor repairs.

The second connector, along the horizontal side of the iPad, is just as awkward as you might think it would be. While it would allow for horizontal docking of an iPad for sync or charge, it is not accompanied by a home button, making for a lopsided and incomplete look.

Interestingly, a Macrumors commenter points out that the connector for the second dock’s ribbon cable was never removed from the first generation iPad. It’s still present in early teardown images. This indicates that the connector was removed late in the game, when it was too late to change the layout of the motherboard for production, backing up an Engadget report on that original prototype casing. Eliminating the connector would have saved material costs, but the cost of retooling the motherboard was apparently higher.

I’d find it easy to believe that the second dock connector was scrapped for aesthetic reasons, as it looks terrible. Apple’s plans for wireless syncing and iCloud — both of which have allowed me to do away with connecting my iPads to my computer at all — could also have led to this being scrapped.

Read next: Nokia is launching an exclusive Batman version of its Lumia 900, but you probably can't get one