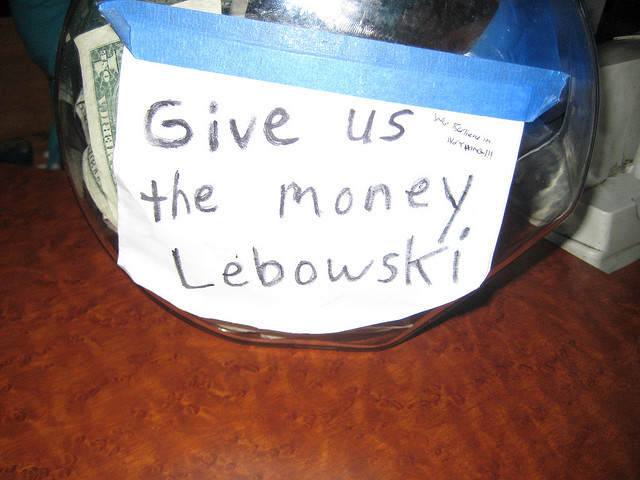 Today, those of us who are paying attention to the Internet have seen a story about Apple rejecting an app for integrating a third-party payment system. That third-party system is Flattr, a service designed to allow people to leave “tips” for content creators, makers, and anyone who they admire.

The company, led by a co-founder of The Pirate Bay, took to its blog today to update us on the situation:

Those following us on Twitter already know that last week Apple rejected Instacast, a well-love podcatcher, over its Flattr integration. What does this mean for the future of Flattr inside applications for iPhone and iPad?

The rejection has nothing to do with quality or security, which are two things that are very important to Apple. No, this has to do with the fact that using the very disruptive service Flattr, apps can process micro-payments without Apple’s involvement. Basically, Apple isn’t getting a cut of the action.

Micro-payments are disruptive in and of themselves, and Flattr is turning them into an optional way of saying that you care about the content that you’re consuming. Apple on the other hand takes a binary stance on commerce: you either buy something or you don’t.

I feel like what’s happening with Instacast is just the tip of the iceberg. The “pay what you want, if at all” model is very attractive for those who are creating things without a direct monetization strategy.

If Twitter or Facebook were to put up something like Flattr, do you think that people would tip them money “just because”? There’s a pretty good possibility that the answer is yes. While it wouldn’t be a sustainable revenue source, it would be a way for users to say “thank you” for services that are otherwise free.

For app developers, it’s obvious that paid apps have a tougher time of gaining traction when compared to free ones, but Apple has only given them the option of including in-app purchases in their model. What if a company could ask users for a “donation” to help keep their servers going? Unfortunately that’s not something that Apple will allow, without taking 30% of course.

The response that included the reason for rejection that Apple sent to Instacast was extremely rigid:

21.2 The collection of donations must be done via a web site in Safari or an SMS

Basically, Apple is saying that “if you’re going to use our infrastructure to sell things, you have to do it our way.” Apple of course reserves the right to do so, and an app like Instacast could decide to make a stand against the giant and move to another less rigid platform. That move would of course hurt the company, since Apple’s App Store has the largest userbase.

At first glance, this story is a “Flattr vs. Apple” one, but it’s really much broader than that. This is a matter of the evolution of commerce and the fact that transactions aren’t what we always considered them to be. What if you could fully fund a company just by sending it a few bucks every time you were happy with it? Sounds pretty crazy, but it’s not a bad model if a company like Apple were to adopt it.

It’s a grey area though, since micro-payments could become the preferred method of commerce and mask itself as a tip. A company could then turn on features for a tip of a certain amount, thus replacing the in-app purchase model completely.

Make no mistake, even if Apple were to change its ways on how commerce takes place within its apps, it would still want its 30% cut. If you sent a podcaster $5 for a job well done, it would suck if Apple took such a big chunk. Flattr says “It’s not over till it’s over”, and if any company is going to stand up to Apple, it might as well be them.

Read next: You might not buy the Facebook phone, but your kids will and that's what matters