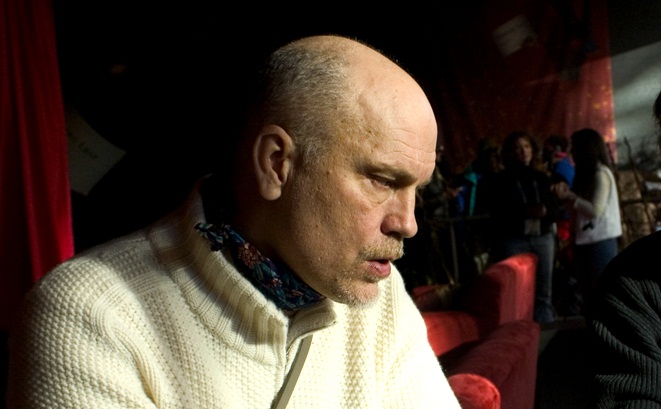 The latest in Apple’s series of TV commercials promoting the iPhone 4S Siri through celebrity users sees actor John Malkovich take to the small screen with the device and Apple’s virtual personal assistant.

The two adverts, branded with logos from Apple’s US carriers Verizon and AT&T, see the Of Mice and Men star use a number of features.

In the Verizon ad, Malkovich uses Siri to plan his evening as he checks the weather and his calendar, searches for restaurants and, finally, asks it to tell him a joke.

The AT&T commercial sees the star ask the iPhone 4S’s personal assistant for advice for life.

The newest creations comes one month after actress Zooey Deschanel and actor Samuel L. Jackson fronted commercials showing off Siri and its capabilities.

The adverts includes the Verizon and AT&T logos which, as we’ve said before, means that it is likely that it was produced by Apple’s agency TBWA\Chiat\Day, with the carrier branding added later.

The new celebrity-based commercials represent a departure from purely product led promotion, as Apple seeks to further its success in the US by appealing to new users beyond its stronghold in the mainstream market.

Update: Both videos are available on the Apple YouTube channel indicating that the company was indeed behind their creation, as we suggest above.

Note: This post has been updated with details of the second advert, h/t 9to5mac.