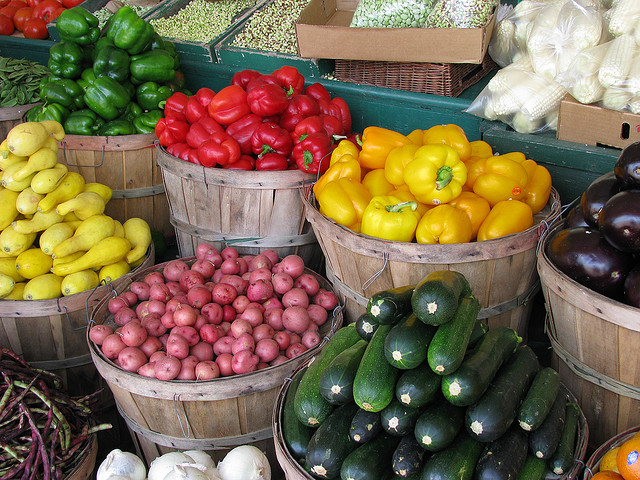 You would expect that when Apple reached out to businesses to learn more about how they used iPads and create case studies around them, it would do so with the incredible level of detail it employs in all other areas of its operations.

And you’d be right.

The company recently launched its ‘iPad in Business’ website, chronicling how different companies use the tablet device to increase their efficiency, control their stock and take payments (to name a few). One featured company was McClendon’s Select, an organic produce retailer whose owner Sean McClendon had regularly visited his local Apple Store to purchase an increasing number of iPads to use on his farm.

A member of staff — a business account representative from what we believe was Apple’s Glendale store — noted the increased frequency of Sean’s visits and enquired as to why a farm would need so many iPads — as they say, the rest was history.

Both Apple and Sean’s wife detail McClendon’s use case — using iPads to help with the inventory, payments, crop rotation, watering schedule, warehouse operations and in the fields — but it was Apple’s level of professionalism that stood out for the McClendon’s, as they note on their official blog:

Over the course of a few days photographers Jose and Jason photographed, interviewed, questioned and recorded every way we use iPads here on the farm. This shoot was probably one of the most professional and carefully orchestrated things I have ever witnessed. They left no detail unnoticed. They had a very clear story they wanted to tell through photos and interviews with Sean and Bob. This team was at the farm at the crack of dawn and shot until the sun went down. They were out in all of the fields, in the office, on the tractors and the trucks and even in the middle of the basil garden. Aidan was even involved, doing what he does best, riding his bike around and giving running commentary.

Jose, a National Geographic photographer and owner of a major photography agency, shot rapid fire, for hours on end, without a break, always looking for a new angle. At one point, he was showing me one of the shots, and I noticed that he had already rattled off 9,000 photos that day. It was only 3:00pm.

Apple’s eye for detail helped add a new sense of perspective for the farm’s owners, with the McClendon’s vision not just “validated, but appeciated, by Apple.”

In fact, it appears Apple representatives went home with a fresh perspective on uses for the iPad. McClendon’s Select didn’t only use the tablet for logistical processes, it also programmed the iPad to operate and “drive a tractor in straight lines.”

All of that work was captured, edited, processed and is now available on Apple’s iPad for Business website in a 3 minute video.

Apple’s marketing videos are simple, effective campaigns that show consumers how they can perform useful tasks on an Apple device. The iPad for Business video borrows from the same playbook, demonstrating how the 10-inch tablet is transforming how businesses, well, do business.

Read next: Old tech on new: Kickstarter project Etcher brings Etch A Sketch to the iPad