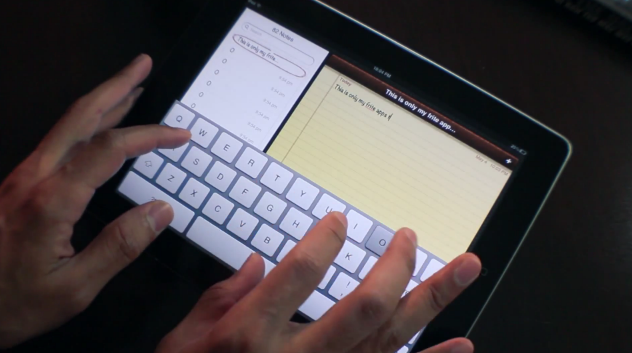 Update: SwipeSelection is now available on Cydia. To download, make sure you have the BigBoss repository added to your Cydia sources (it should be there by default).

If you viewed the iPad keyboard gesture video we posted yesterday and wondered how you could update your Apple tablet’s keyboard to facilitate the awesome text-editing gestures, we have some good news for you.

Inspired by Daniel Hooper’s video, Jailbreak tweak developer Kyle Howells took the requested features, implemented them on his iPad and will soon launch SwipeSelection via Cydia, allowing Jailbroken device owners to select and edit text with just a long press or swipe of the iPad (and now also iPhone) keyboard.

iDownloadBlog took SwipeSelection for a spin and made the following video:

As iDownloadBlog’s Jeff Benjamin points out, the tweak will be completely free and could be available in the next 24 hours. The only caveat is that you need a Jailbroken device.

Many are clamouring for Apple to implement this keyboard functionality into iOS 6, but the company is known for making its gestures work across all apps. As iMore’s Rene Ritchie points out, text selection requires the keyboard, so if you wanted to select text from a non-input app, you wouldn’t be able to do so with SwipeSelection.

The tweak will become available via the BigBoss respiratory soon, we will update this article when that happens.