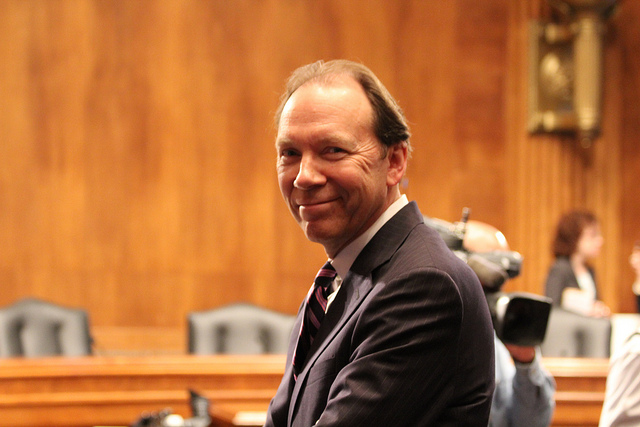 Sprint CEO Dan Hesse has told shareholders he will return a $3.25 million yearly bonus, reducing his salary over the course of 2012 to include the costs associated with bringing the iPhone 4S to the operator and the end of 2011.

Hesse, who received $11.9 million (an increase of 31% year-on-year), told Sandra Price, senior vice president of human resources at Sprint: “I do not want, nor does our Compensation Committee want, to penalize Sprint employees for the company’s investment with Apple,” as part of a letter that was included in the company’s most recent SEC filing.

Sprint sells the iPhone at a loss attempting to bring new customers to the company. Last quarter, it sold 1.5 million iPhones helping sales to rise 5.1% to $8.73 billion, a small boost from its $2.89 billion loss in 2011.

Bloomberg reports that the company had originally excluded the device’s cost from bonus calculations for employees, but after “feedback from some shareholders,” agreed to amend his salary to repay any gains he received.

He will also reduce his ‘target opportunity’ from his base salary, bumping it down to $2.04 million from $2.4 million, and forfeit two million performance units (totaling $2 million) awarded to him as part of Sprint’s compensation plan.

These voluntary actions regarding my personal compensation, which total $3,250,830, will eliminate any benefit for me to the discretionary adjustment the Compensation Committee made earlier this year, and will set my 2012 incentive compensation target opportunities at my 2010 levels.

Sprint is the third biggest US operator, but the company is facing pressure to compete with its bigger rivals — AT&T and Verizon — to retain customers (especially with its iPhone plans). The repayment of the bonus is a small gesture to the company’s shareholders as Hesse and Sprint execs face pressure to reverse the successive annual losses it has posted in the past five years.

However, Hesse’s actions come as a refreshing change to those of AT&T CEO Randall Stephenson. The AT&T chief recently lamented at Apple’s iMessage platform, saying he “[lies] awake at night worrying about what is that which will disrupt your business model,” adding that “If you’re using iMessage, you’re not using one of our messaging services, right? That’s disruptive to our messaging revenue stream.”

Customers, frustrated with the cost of text messaging plans that incur little or no cost to the operator, have accused the company of seeking to overcharge for its services.