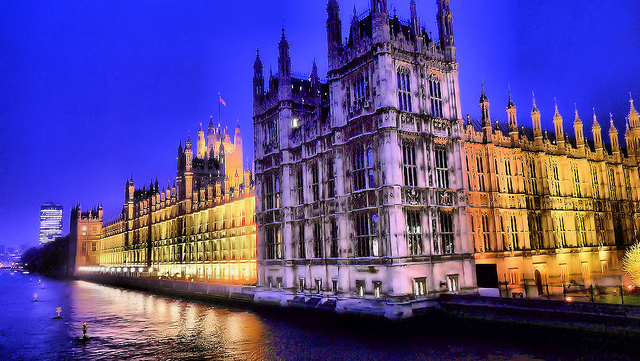 As Britain’s economy enters a ‘double-dip’ recession (much to the dismay of its citizens), the Palace of Westminster has agreed to provide 650 members of parliament with iPads, replacing their old laptops at a cost of at least £260,000 (around $420,000) to the taxpayer.

iPads will only be provided to MPs that agree to trade-in their old laptops or computers, which could then be distributed to other staff in the House.

The Register reports that the supervisory body that oversees administration in the House agreed to the plan yesterday, green-lighting a “rapid rollout” of iPads, allowing MPs expense their new Apple tablet purchases.

Apple’s iPad has been allowed in the House of Commons for over a year, helping politicians work on the move and reduce the amount of waste from printing. In March 2011, Labour MP Kerry McCarthy made the first speech from an iPad in the Commons, following the announcement of a tablet trial earlier in the year:

It is not known if MPs will be provided with 3G-enabled iPads in the UK and whether app downloads and associated costs will be charged to the House, and in-turn funded by the taxpayer.

The Commons Commission has however said that if a hundred policitians returned their old computer equipment, then it would be able to save £50,000 in costs.

Read next: 13 million US Facebook users have no idea how much information they're sharing with the public