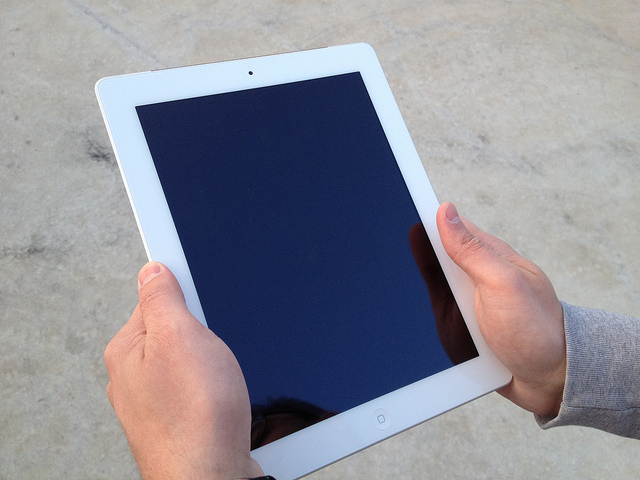 According to the Brazilian newspaper Folha, Apple’s new iPad will hit the shelves in Brazil between the second and third week of May. While the company hasn’t confirmed this rumor, Folha’s reporting is based on retail sources who chose to remain anonymous.

Besides the fact that Folha is one of the country’s main newspapers, there are other reasons to give credit to this rumor, starting with the recent official homologation of the new iPad.

In Brazil, electronics have to be officially reviewed by the national telecom agency, Anatel, which finally approved Apple’s third-generation tablet last month, opening the door to its distribution in Brazil over the next few weeks. Once they get approved, Apple’s devices usually become available in Brazil within the following five weeks, Gizmodo Brasil points out, speculating at a mid-June launch.

Still, several sources expect the new iPad to launch earlier than its predecessors – Folha of course, but also the local website Info, which expects Brazilian stores to start selling the iPad between May 11th and May 12th. This could also have to do with the fact that it is already available in many places, following its rollout in 12 additional countries last week.

Interestingly, Anatel’s authorization also lists Foxconn’s plant in Jundiai, Brazil as one of the approved production sites, anticipating the possibility of locally manufactured new iPads. According to persistent rumors, the Taiwanese manufacturer may have already started to produce tablets in Brazil, where it already makes iPhones. However, it remains to be confirmed when the ‘made in Brazil’ iPads will go on sale and if this will also include third-gen devices.

More importantly, it remains to be seen how much prices will go down once Brazilian customers get access to locally manufactured Apple products. At the moment, the iPad 2 costs US$740 (R$1,399) in Apple’s online Store for Brazil.

Read next: Facebook reaches agreement with Microsoft to buy 650 of AOL's patents for $550M