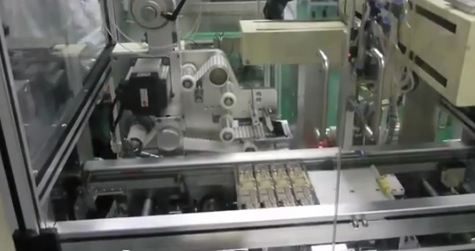 Reporter Rob Schmitz is the Shanghai Bureau Chief of Marketplace. He’s the guy who debunked a large portion of Mike Daisey’s accounts from China about Apple’s Foxconn factories. Now, he’s become only the second reporter ever to gain access to visit the factory floor  at that supplier.

He’s written a detailed ongoing report from his experiences there, but this video log stands out as it contains a rare look at the process of building an iPad as well as glances at other portions of its facility.

The video shows how the factory uses a combination of hand assembly and machinery to put together an iPad. Glimpsed are the assembly of the screen, examination of the back cover for scratches, as well as testing of the gyroscope and screen.

Schmitz’ report is just one in a series as he examines the portion of Apple’s immense corporate and manufacturing complex that exists in China. He talks about living conditions of the largely migrant workers that come to work in the Foxconn and more.

In the latest edition of his ‘Reporter’s Notebook’, Schmitz talks with Foxconn CEO Terry Gou’s special assistant Louis Woo, asking him if the various nets put up around the facility after a spate of suicides have saved any lives.

I ask him if the nets have saved lives. “After we installed the nets in the summer of 2010,” Louis says with a sigh, “two workers jumped. One of them died. The other lived.”

Schmitz also says that the company has spent millions on sports facilities, Internet bars and activities for its workers, but that these provisions don’t alleviate the crushing boredom of the job. Nevertheless, says Schmitz, the company still pays on time and pays relatively well, in comparison to other factories.

I found it interesting that he interviewed a factory worker—just an employee, not a spokesperson—and even that worker, Zhang Dawei, understood how difficult it was for people to quantify issues related to worker’s rights in China without actually being in their place.

Foxconn worker Zhang Dawei grew up in the impoverished countryside of Jiangsu Province. He asked me how Americans could even begin to understand the complexities of growing up poor in China, only to migrate to a factory thousands of miles away. “I’ve got a cousin who lives in the U.S., and from what I understand, the U.S. is a very rich country, at its peak; I can only dream of what it must be like. But China is so poor. I think it’s useless for us to judge each others’ countries without truly understanding the realities on the ground.”

Daisey’s reports, along with a series of articles in the New York Times that was in the works before Daisey’s appearance, led to a mass of attention towards Apple’s production facilities in China.

The series of New York Times articles including How the U.S. Lost Out on iPhone Work and In China, Human Costs Are Built Into an iPad, have not been retracted. That goes for Joel Johnson’s 1 Million Workers. 90 Million iPhones. 17 Suicides. Who’s to Blame? article in Wired as well.

After those reports, Apple announced that it had reached out to the Fair Labor Association, a non-profit that investigates working conditions for laborers around the world. The organization was asked to perform voluntary audits for Apple on the Foxconn plants in Chengdu and Shenzen China, where it manufactures products like the iPad.

It then allowed ABC News access to its factories, where the organization found a work environment it described as mind-numbingly monotonous, but did not uncover any major negative revelations.

Schmitz is only the second reporter Apple has allowed inside its factories in China, you can read his ongoing coverage of the Apple Economy here.

Read next: LoveThis refreshes its recommendation service and launches an 'anti-app'