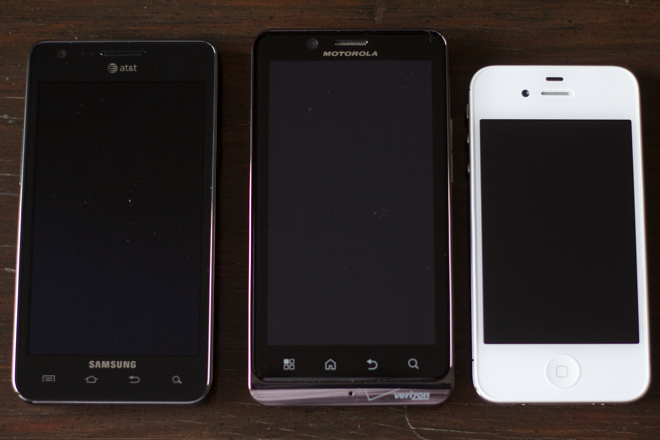 Google has made some $550m from Android since 2008, according to numbers included in the recent Oracle settlement and crunched by Charles Arthur of The Guardian. By contrast, a huge amount of Google’s revenue in mobile comes from ads delivered to users of Apple’s iPhone.

The figures in the Guardian report come from testimony given by Google in the Oracle trial, so we’re depending on the company to be accurate about revenue which could affect its damages to the database company. This means that it could have skewed the numbers in its favor with clever bookkeeping. But this is what Google is currently saying that it makes on Android.

Arthur calculated the revenue numbers by working backwards from the potential payout to Oracle:

The $2.8m offer, at a combined rate of 0.515%, suggests that Android’s total revenue since the launch of the first handsets at the end of 2008 through to the end of 2011 was $543m. Patent payments relating to phones are generally made on a per-handset basis at a fixed licence fee for any phones that would be judged to infringe the relevant patents.

Right now Google makes some $2.5B a year in revenue in mobile, most of it from mobile ads, and the search numbers mean that a large chunk of that comes from iOS devices. This means that the earnings from Android are dwarfed by the chunk of those earnings that come in via iPhone.

By some numbers, Google accounts for 97% of all mobile search queries, which is a massive, if not incredibly surprising number. But according to Google testimony, some 2/3 of that number originates on iOS devices, not Android.

If you do the math, figuring that it has been three years since 2008, Android is extremely likely to have made in the millions in revenue from Android in 2011, making its earnings from the iPhone somewhere over $2B mark in the same year as the majority percentage.

But it’s not just volume of searches that is the issue. Remember that Google is a company that makes its primary living on search ad revenue, period. While Google’s desktop search business is in good shape, it is clear that mobile is going to become the default way that most of the people in the world access the internet, sooner rather than later.

The revenue from ads isn’t a 1:1 correlation to search queries, of course. But it does give us a basic yardstick that we can use to gauge how much of a market Google stands to lose along with the iOS platform. Android is growing at a rapid clip, with some 550K activations every day, and every one of those is a potential source of advertising revenue for Google.

But iOS is growing too and the numbers show that far more browsing is done on iOS devices than on Android. Due to this, the impact on Google’s mobile revenue from Apple devices is massive, even bigger than that “2/3″ number would imply.

Android is a huge part of the market, but it earns Google almost nothing in comparison to the money that the search giant earns on desktop search. Whether the Android business is sustainable at this point is only something that Google can answer, but so far it doesn’t seem to be paying dividends. The problem, really, is that Google can’t afford not to be in the mobile business, but it’s costing it billions in revenue to stay there.

This also illustrates just how dangerous it could be to Google’s mobile business if Apple succeeds in divorcing itself from Google as a mapping provider, and throughout iOS.

Note: This article has been amended to clarify that the amount and source of the revenue cannot be pinned down exactly at this time.