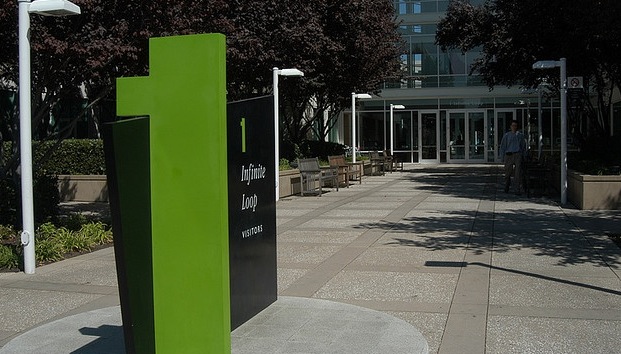 What Apple will do with its cash has long been a topic for discussion, with analysts and investment specialists going crazy predicting what it will do. Now, the company has announced that it will be talking about its decisions on spending its accumulated cash in a conference call tomorrow morning.

The most likely announcement is a dividend to shareholders, or stock buyback.

Following that, the acquisition or large investment in technology of some sort. Perhaps Apple will acquire Twitter, the social network that it has so tightly integrated into its iOS and OS X operating systems.

Back in June of last year I speculated that Twitter had scored itself an immortality clause due to its integration deal with Apple.

Apple doesn’t make moves like this lightly and obviously considers Twitter a safe bet. If that bet turns out to be wrong however, Apple will do whatever it takes to ensure that Twitter remains a part of its service. Ensuring that Twitter’s lifespan will be a long one.

Apple regularly makes acquisitions of ‘small technology companies’ but Twitter would be a significantly bigger investment than the company has ever made. The social network is currently valued at some $7B, according to a report by The Wall Street Journal. Apple has a short list of acquisitions, some of them are not valued, but of the ones that are, none exceed the $390M that Apple paid for Israeli flash memory manufacturer Anobit just last year.

I also conjectured last year about the possibility that Apple would just up and build its own data-only carrier entirely. At that point, Apple only had $65B in cash, now it has close to $100B:

There are many things that Apple could spend the billions of dollars of cash reserves that it’s currently sitting on, but there are few things that could be bigger and bolder than a carrier designed from the ground up for its devices. A carrier that, if implemented properly, could give its customers the freedom that they’ve been looking for

Unfortunately, there are so many regulatory and technical barriers to the carrier idea that I believe that one is off the table.

MG Siegler puts forth that Apple might be looking to buy Samsung, even though it doesn’t really have the cash to do so outright. He names a potential Apple television as part of his reasoning, as Samsung is a huge manufacturer of flat panel displays. In addition, Samsung also makes a lot of components for Apple as it is, and this would give it more control. There are too many complexities here having to do with all of Samsung’s existing businesses and regulatory issues for it to be too big of a possibility though. It would hurt Google’s Android business significantly though, as Samsung makes a lot of Android devices.

Then there is the chance that Apple has decided to do something insanely revolutionary with its cash: figure out a factory template that will allow it, and other tech companies, to bring manufacturing back to the U.S.. This is right up CEO Tim Cook’s alley, as COO, he completely reinvented Apple’s manufacturing and supply chain. It also fits with the legacy of Steve Jobs’ vision of the NeXT factory, making products on U.S. soil.

Of course, there is also the fact that a large amount, some two-thirds, of Apple’s cash is overseas. This means that it could be announcing a way to take advantage of that stockpile outside of the states. The realities of the current labor situation in China make a decent wage nearly impossible to ensure for those workers, Apple could be looking to do something about it. Or it could simply want to build its own facilities in that country where it can exert more control over conditions and wages.

Of course, the most likely outcome is that Apple will simply be announcing a cash dividend to investors, or a major stock buyback, and that is that. The early timing of the call is interesting as well, as it takes place before the markets open.

As far as a general ranking of what is most-to-least likely? I tweeted this out a few minutes ago and I still think that its accurate:

1. Buyback/dividnd2. Acquire Twitter3. Improve factories in China4. Bring mfg back to US5. Build its own carrier (no)least>most nuts

We will be bringing you all of the news starting at 6am PST/ 9am EDT right here at The Next Web. Meanwhile, tell us what you think Apple should do in the comments below. If you had $100B in cash and you were a tech company, what would you do with it?