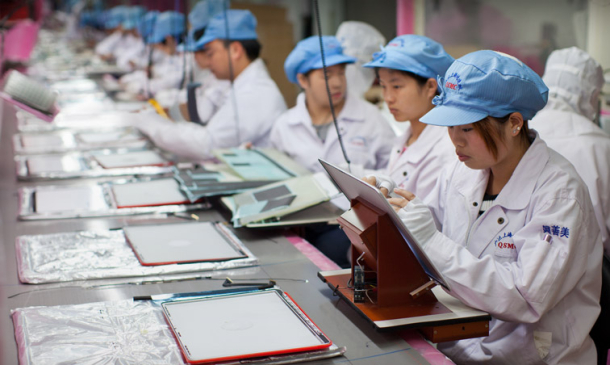 In a stunning admission, the popular public radio program This American Life has said that a show it ran in early January entitled Mr. Daisey and the Apple Factory, was partially fabricated. The show painted a rough image of life for workers at the Foxconn facilities in China, where Apple produces many of its devices including the iPad and iPhone.

Now, it appears as if much of that report was fabricated and TAL has retracted the entire episode.

The program has devoted this Sunday’s entire episode to corrections and has retracted the entire original episode:

Regrettably, we have discovered that one of our most popular episodes was partially fabricated. This week, we devote the entire hour to detailing the errors in “Mr. Daisey Goes to the Apple Factory,” Mike Daisey’s story about visiting Foxconn, an Apple supplier factory in China. Rob Schmitz, a reporter for Marketplace, raises doubts on much of Daisey’s story.

The program was largely based on a story by performer Mike Daisey about a visit he made to Foxconn. Host Ira Glass will speak with Daisey about why he misled the program during the fact-checking process. There will also be a segment dedicated to the facts surrounding Apple’s production facilities.

In a TAL statement about the retraction, it appears clear that the issues with the story started in the fact-checking process:

During fact checking before the broadcast of Daisey’s story, This American Life staffers asked Daisey for this interpreter’s contact information. Daisey told them her real name was Anna, not Cathy as he says in his monologue, and he said that the cell phone number he had for her didn’t work any more. He said he had no way to reach her.

“At that point, we should’ve killed the story,” says Ira Glass, Executive Producer and Host of This American Life. “But other things Daisey told us about Apple’s operations in China checked out, and we saw no reason to doubt him. We didn’t think that he was lying to us and to audiences about the details of his story. That was a mistake.

Daisey has put up a statement on his blog about the matter:

This American Life” has raised questions about the adaptation of AGONY/ECSTASY we created for their program. Here is my response:

I stand by my work. My show is a theatrical piece whose goal is to create a human connection between our gorgeous devices and the brutal circumstances from which they emerge. It uses a combination of fact, memoir, and dramatic license to tell its story, and I believe it does so with integrity. Certainly, the comprehensive investigations undertaken by The New York Times and a number of labor rights groups to document conditions in electronics manufacturing would seem to bear this out.

What I do is not journalism. The tools of the theater are not the same as the tools of journalism. For this reason, I regret that I allowed THIS AMERICAN LIFE to air an excerpt from my monologue. THIS AMERICAN LIFE is essentially a journalistic ­- not a theatrical ­- enterprise, and as such it operates under a different set of rules and expectations. But this is my only regret. I am proud that my work seems to have sparked a growing storm of attention and concern over the often appalling conditions under which many of the high-tech products we love so much are assembled in China.

The program, along with a series of articles in the New York Times that was in the works before Daisey’s appearance, led to a mass of attention towards Apple’s production facilities in China.

The series of New York Times articles including How the U.S. Lost Out on iPhone Work and In China, Human Costs Are Built Into an iPad, have not been retracted. That goes for Joel Johnson’s 1 Million Workers. 90 Million iPhones. 17 Suicides. Who’s to Blame? article in Wired as well.

After those reports, Apple announced that it had reached out to the Fair Labor Association, a non-profit that investigates working conditions for laborers around the world. The organization was asked to perform voluntary audits for Apple on the Foxconn plants in Chengdu and Shenzen China, where it manufactures products like the iPad.

It then allowed ABC News access to its factories, where the organization found a work environment it described as mind-numbingly monotonous, but did not uncover any major negative revelations.

Daisey defends his actions, saying he used lies about some aspects of Apple in order to represent the ‘totality’ of his experience in China.

Read next: Want to trap your friends inside your phone? Here's how.