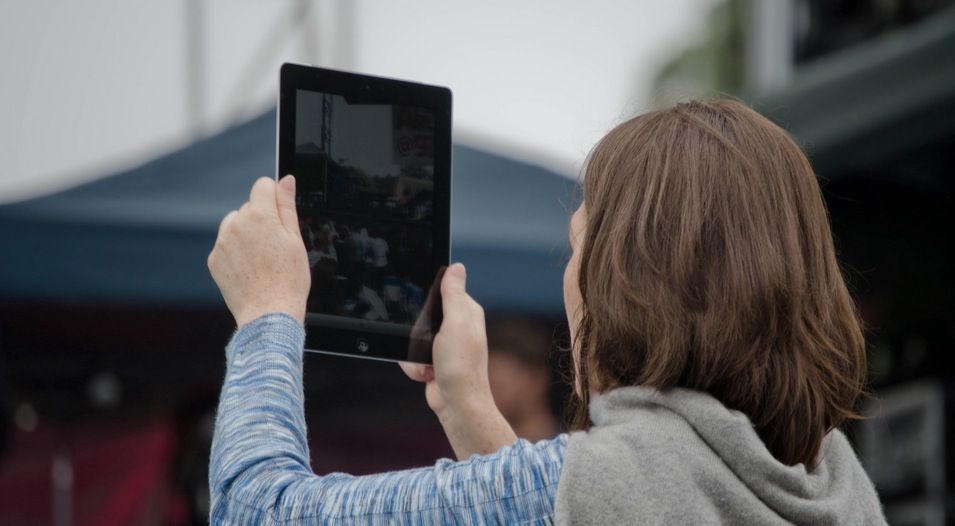 Yesterday, Apple touted a tablet that is going to be a huge part of its strategy for the year ahead, and will likely continue to crush competitors under the weight of its dominance.

No, I’m not talking about the fancy new iPad with the Retina display. I’m talking about the $399 16GB iPad 2. Say what? Am I taking crazy pills? That Retina iPad is the new hotness, destined to make Apple monster cash and amaze our eyeballs with its crisp pixel-free goodness!

All of those things are true, the new iPad is going to be a huge device for Apple, it’s a near-automatic best seller. But it’s not the most important one going forward. That title now lies with the older, cheaper, iPad 2.

The iPad 2 is an insanely popular device, with Apple moving 15.43 million units in the first quarter of 2012 alone, making it easily the best selling tablet of all time. It’s so monstrously successful, in fact, that it has become its own metric, by which all other tablets are judged, on a scale to the 100th power.

And now this device, to which there is still no real competitor aside from its own big brother, is $100 cheaper. Boom.

The drop in price does a bunch of things, and it does them all at once. First, it puts an enormous amount of pressure on Android tablet makers going forward. They were already struggling to compete with the iPad 2 at a $499 entry point, now their margins have been tightened by another Benjamin. The only Android tablet with any measurable success has been the Samsung Galaxy 10.1, which sold (maybe just shipped) a measly 6 million units in all of 2011.

I’m not talking about the $199 Kindle Fire or Barnes & Noble Nook, those are media streaming devices, designed to sit in the low end of the market. Those are relatively ‘safe’ from the iPad 2 (although any potential family buying discussions probably got a bit more complicated). But everyone else is in trouble.

Now, Samsung and whoever else still wants a piece of the market has to build a competitor to the new iPad, all while contending with the now-cheaper iPad 2.

But will anyone want to buy the older iPad? Why not? It’s still great hardware, has a huge amount of brand consciousness in the mind of the public and has an aggressive new price. Just check out the spike of Tweets, as measured by Twitter, surrounding the announcement that the current iPad 2 will stay on sale for $399.

People are still seriously interested in the ‘old’ iPad.  And Apple is able to offer it at a significant discount because of its leverage of the economies of scale due to insane profits. It also gains an edge by paying for manufacturers to construct factories, purchase machines, train employees and perfect the process. It takes its repayment in the form of exclusive access to the tech for a given period of time and a discount on purchases for a period of time after that.

This makes it possible for Apple to have exclusive access to groundbreaking technology at bargain prices, contributing to the products being not only more advanced, but also cheaper to make.

Apple has the luxury of being able to push its tablet out through its own Apple Store retail channel. This adds an extra few points of margin to every iPad sold that doesn’t have to have another slice taken off by an outside retailer.

All of this spells trouble for Android makers trying to get their tablets off of the ground, but it also holds pain for someone else: Microsoft.

Microsoft is set to enter the tablet race in a big way with Windows 8. In order to do so, you can bet that they’re working closely with partners, including Samsung, to make sure that the first hardware that Windows 8 runs on is impressive.

But now they’re being crushed between Apple’s ridiculously low, but still very profitable iPad 2 price and the suppliers on the other end. Yes, that’s right, the same suppliers that Apple has locked up tight like a pair of Chinese finger-cuffs. Now the burden is on Microsoft to get its OS onto tablets that are just as good as the iPad 2, but preferably the latest iPad (not going to happen) all while fighting a pricing battle on both the retail and supply sides.

Tablets live and die on their own merits and succeed based on raw sales and profit margins, with little benefit from special carrier deals and subsidies that help Android phones keep selling.

This means that tablet vendors like Samsung and now Microsoft, by proxy, must compete with Apple on the same battleground that PC manufacturers did in the 90′s, only now the rules have changed.

Apple has planned so well for the future that it now has not only a great product, running solid software, but also the luxury of being unbeatable on price.

Read next: What I want in my future Windows 8 tablet