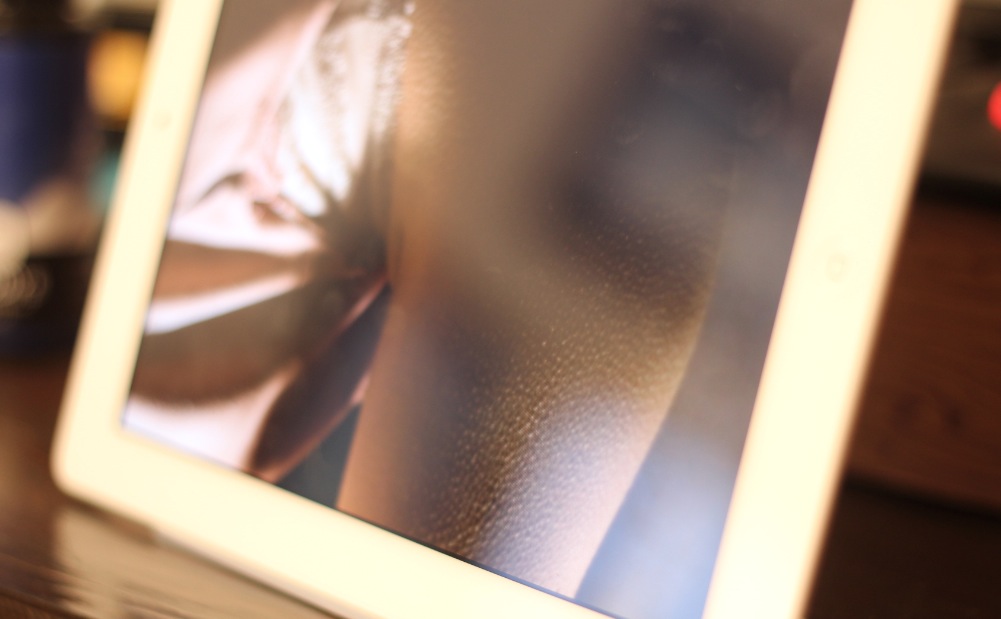 For weeks now I’ve been talking to developers, Apple sources and friends about whether there might be a major new feature being announced with the iPad 3 tomorrow. The bits and pieces that I’ve managed to uncover are tantalizing and have led me to believe that at least one major new feature that we have not seen on an Apple device before will make an appearance on the new tablet.

I’ll be honest up front: I have been unable to nail down exactly what it is. What follows is largely speculation about what would be a majorly surprising leap forward for the iPad. Still, enough evidence supports the fact that we’ll be seeing something brand new that I thought I’d take the time to conjecture what it might be.

The most tantalizing and attractive possibility I could come up with was the introduction of a touch-feedback technology for the iPad’s display.

Let’s review some of the public and easily verifiable evidence. It’s been an immense amount of time since Apple last issued a public beta for iOS 5.1, the version of its operating system that is likely to ship on the iPad 3. Its been 57 days to be exact. That’s got to be the longest period of time I’ve ever seen between a beta and final version of Apple’s iOS software since the first iPhone; most times it’s no more than 2 weeks from the last beta to the Gold Master release.

In addition, there have been relatively few changes to the beta, even before beta 3, which arrived on January 9th. Of particular note is the stagnancy of changes to the various APIs included in the OS. APIs, at a basic level, are programming interfaces used by apps to communicate with hardware features of the iPad.

Stagnation of these APIs could very well indicate that Apple has been busy, for the last 57 days, integrating interfaces for developers to work with a new hardware feature like haptic or touch-feedback technology.

Haptics is a tactile feedback technology which uses forces — normally vibrations in mobile devices — to provide feedback through your sense of touch. Most Android phones have some sort of haptic feedback at play and you can feel them at work when you touch the keyboard and get that bzt of a vibration in return. Apple has even filed patents for advanced forms of vibrating haptics. The only problem is that vibrating haptic systems, for the most part, kind of suck.

But there are other ways of introducing force feedback to a user in order to to simulate sensations, ways that offer much more variety and subtlety. Enough to even simulate various types of material like wood, sandpaper and cloth.

One company that makes this kind of technology just introduced its first product in January, right in Cupertino, Ca. The company’s name is Senseg and The Next Web first wrote about them in 2008 and previewed their touch sensitive technology in July of last year.

It has a system that uses varying electrostatic fields that can be pushed right through a pane of glass to give a user the feeling of various levels of friction, simulating surfaces. You can see the technology demonstrated back in 2010 on an iPhone here.

More recently, Senseg’s Dave Rice gave a demonstration to Cnet. The most important details of this demo, given late last year, are that Senseg’s technology requires no modification of the screen’s surface, nor does it use moving parts. This means that the technology could be integrated into an upcoming device, like the iPad 3, without changing the way that the touch screen works.

A silent, subtle touch screen technology that doesn’t interfere with the way that the iPad’s display works or looks. If Apple was to introduce some sort of touch-feedback technology in the iPad 3, this feels like the form it would take, rather than a loud, imprecise, vibrating motor.

Imagine a touch sensitive screen that could take on the friction properties of paper, the plastic of a keyboard or the rough resistance of a patch of grass. The possibilities for art, learning and gaming are immense.

And, of course, there is that tantalizing final bit of Apple’s invite to the March 7th event. “And touch.”

There is, of course, always the possibility that this last few weeks has been spent in the pursuit of something more mundane. Integration of Apple’s Siri assistant feature or refinements to aid developers in working with the Retina display are also possibilities, and very strong ones. This reduces the possibility of the unannounced features being something new and wildly different like haptic feedback.

But something like a screen that could make you feel like it was touching you back, that could provide a truly translative experience with a simple piece of glass. That would be an amazing, almost magical thing, and very Apple.

Update: It looks like Charles Arthur of The Guardian was independently on the same trail. He spoke to Senseg in its Helsinki offices about whether Apple would be using its technology. This is the money quote:

Apple is famously secretive about which companies it is using for its new products; in the past it has cut companies out of announcements when they have leaked information ahead of time, making those involved especially paranoid about speaking out of turn.

But asked this week whether Apple is a customer for the E-Sense technology, Petri Jehkonen, Senseg’s technical marketing manager, declined to comment. Asked whether Apple is not a customer, he replied: “That would be for Apple to say. My comment is no comment.”

Read next: Apple has added a "Catalogs" category to iTunes, rumored to be interactive content for the iPad 3