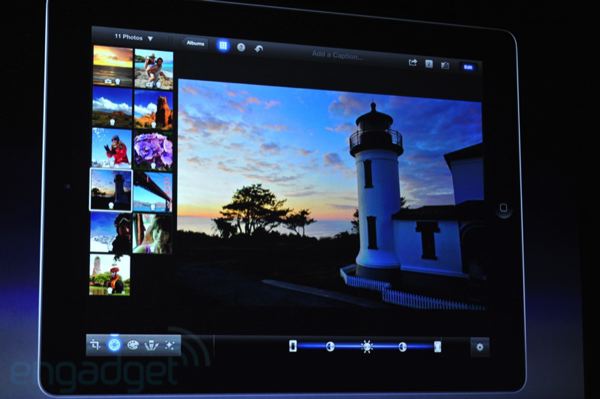 As we were watching Apple’s iPad event today, something struck me as we looked at the new app releases. Most notably, Apple’s (FINALLY!) inclusion of iPhoto on the device raised my eyebrows, because I have to wonder exactly how well these features are going to work on the first-generation iPad.

But then it became clear – the iPad 1 is now a 2-year-old device. If we look at Apple’s history with generational devices, especially with mobile, it wouldn’t surprise me if the eldest iPad is about to go the way of the dodo. While that might be heartbreaking to owners of the device, it’s for the best. Consider it like putting an old horse out to pasture.

Humor me for a moment, but if we look at the life of the iPod touch, the first-generation iPad should only have another year before it stops getting iOS updates. The touch, of which I own two, stopped getting updates with iOS 4, and it’s better for having done so. Facing facts, there’s only so much that a 2 or 3 year old device can be expected to handle.

That’s the exact same scenario we’ll see, I believe, when it comes to the iPad. The first generation? It feels painfully slow compared to the iPad 2. Compare it to the new A5x processor in the latest generation and it’s going to feel like you’re drawing with a pencil on paper.

Now, look at the apps, namely iPhoto. Sure, cropping and exporting should be easy enough, but the new app can support up to 19-megapixel photos. Imagine trying to do any sort of real editing on a photo this size on the original iPad. I think you can see where we’re going here. Take it a step further, with enhancements and brushes that can make even your desktop computer chug a bit, and we’re looking at the death of the iPad 1.

So, maybe the competitors who were screaming about the death of the iPad were right. But, as has been widely said, the only company that killed the iPad was Apple, with the release of a new one.

What do you do with your old iPad? There are great programs, and you should take advantage of them. Whether you choose to donate it, hand it down or simply responsibly recycle it, just make sure it goes somewhere that it should, and not in the trash.

Missed some of today’s festivities? Catch the whole thing here.

Read next: Google debuts a new look for the +1 button, updates its configuration tool