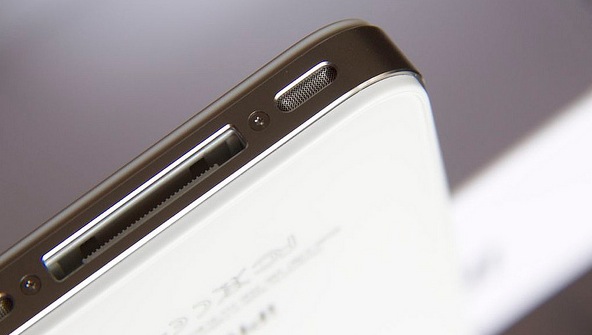 Apple’s proprietary dock connector, launched with the original iPod, has become synonymous with its portable devices. Now, if the rumors are true, Apple might be coming out with a new version of its connector in a ‘micro dock’ format, reports iMore.

According to iMore’s sources, Apple is investigating a smaller version of its dock connector to include on future devices. The reason, Rene Ritchie conjectures, is likely pretty straightforward, it’s a matter of space, something Apple is always concerned with:

4G LTE radios also take up a lot of space. Apple has waited on better, smaller chipsets, and won’t be going to a form-factor the size of the Galaxy Nexus or Nokia Lumia 900 any year soon, but every square millimeter they can save inside the device will matter.

The dock connector isn’t a gigantic component, by any means, but Apple is always looking for ways to make their devices thinner and LTE chipsets aren’t the tiniest components. Daring Fireball’s John Gruber has conjectured that one of the reasons LTE Android devices are so large is that they have to make room for the bigger chipset.

Ritchie says that it isn’t clear if such a connector would make its appearance in the iPad 3 or a future iPhone first, but if space is concerned then its likely to be a smaller device. This would, of course, destroy compatibility with any older docks or accessories that use the port, but Apple’s never been unwilling to do that.

And now, with iCloud, Apple’s iOS devices are much less dependent on the dock connector. I haven’t plugged most of my devices into a computer for syncing since I upgraded to the iOS 5 beta at WWDC last year. So yeah, it definitely works.

What do you think, is a smaller dock connector fine with you, or do you have a favorite accessory that you would hate to re-buy if Apple made this change?