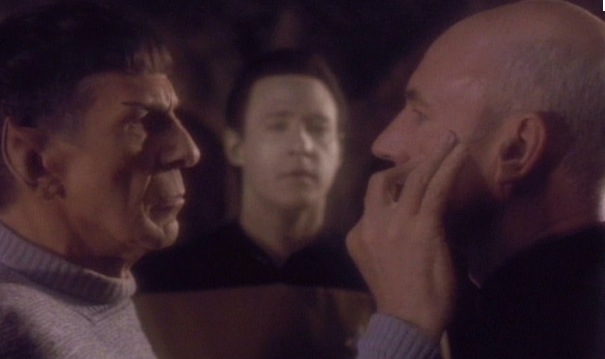 The surprise announcement of OS X Mountain Lion last week has introduced some very interesting discussions around various features like Gatekeeper and Messages. One of those discussions revolves around the perceived transformation of OS X into iOS.

This isn’t a new discussion, it’s just a continuation of one that many smart people have been having for a while now, especially since Apple debuted Lion at WWDC. Even before that event though, back to the sneak peek of Lion in October of 2010, Steve Jobs had been talking about how its massively successful mobile OS would inform its desktop predecessor.

“Lion brings many of the best ideas from iPad back to the Mac, plus some fresh new ones like Mission Control that Mac users will really like,” said Jobs. “Lion has a ton of new features, and we hope the few we had time to preview today will give users a good idea of where we are headed.”

The key points here are that Apple knew that some of the features and ideas introduced into iOS would be perfect, with some adjustments, for the Mac. It also knew that this wasn’t a briefly taken path, it was ‘where we are headed’.

These statements, and the subsequent introduction of many more features to the Mac that first made their appearance on iOS, have continued to illuminate some interesting takes on the future of Apple over the last couple of years. Unfortunately, the growing number of transplanted features and applications have led some folks off of the garden path when it comes to interpreting Apple’s intentions with regards to OS X.

My thoughts on this matter have, for the most part, remained unchanged since my piece on the convergence of iOS and OS X back in June of last year, just after the official announcement of Lion.

It’s easy to see the ways that the Mac and iOS platforms are converging and draw the conclusion that the Mac will somehow be absorbed by iOS and that we will have only one OS to choose from when buying an Apple product. But the dedication that Apple has shown to the Mac and to developing OS X, not to mention the immense growth that we’re still seeing in the platform, paints a different picture.

While iOS will no doubt continue to inform the features of OS X and the iPhone, iPad and iPod touch will continue to integrate computing features that we’ve taken for granted on desktops, there is room for both iOS and OS X to keep powering Apple’s computing lineup.

There are those who feel that the fact that iMessage, Notes, Reminders, multitouch, Notification Center and a host of other bits from iOS are making their way to OS X is a clear sign that Apple is slowly making the operating system for Macs into the one that it ships on mobile device. That — like the proverbial frog being boiled alive in a pot of water — OS X users won’t notice as Apple converts it piece-by-piece into a simple closed-system desktop version of iOS. Unfortunately, there is some huge point-missing going on here.

Simply put, Mountain Lion isn’t about turning OS X into iOS, it’s about the massive halo effect of the iPhone and iPad and about paying attention to the way that new users feel. It’s about creating an ecosystem of more hospitable and more unified Apple products.

With Mountain Lion, Apple isn’t making a concession that it feels iOS is ‘better’ and that it would like to just turn OS X into it. Instead, it is offering the open door of welcome to millions of potential new Mac users. The Mac is still growing, in a big way, despite the success of the iPhone and iPad. But Apple would like to see that growth get even better and it knows that there is still, and will likely always be, value in offering users both the desktop (and laptop) experience along with the mobile one.

At a recent conference, Apple CEO Tim Cook predicted that the tablet industry would be bigger than PCs in terms of unit sales. But he also laid out the reasons that Apple is interested in converting iPhone users to Mac users. Here’s the relevant passage, from Macrumors’ transcription (emphasis ours):

I don’t predict the demise of the PC, I don’t subscribe to that. Given what we’ve seen, I believe the iPad is cannibalizing some Macs but more PCs.

The iPhone introduced Apple to millions of people — our brand — to people who had never met Apple before. Now, it’s interesting to look — take China as an example — last year the Macintosh grew more than 100% in China, year-over-year. Not on a big base, but 100% is pretty good. The market grew 10%, so we outgrew the market 10x.

The iPhone is creating a halo for the Macintosh. iPhone has also created a halo for iPad. You can definitely see the synergistic effect of these products, not only in developed markets, but also in emerging markets where Apple wasn’t resonant for most of its life.

The key points here are that Apple is still seeing Mac growth, significant growth, every year. This is not a category that it is giving up on. Instead, it is looking for ways to increase that growth, especially in markets where the iPhone and iPad have been successful. Many of these areas are traditionally resistant to Apple’s brand and its products.

So, how do you crack that nut? By being hospitable to the users that have finally knocked on the door of Apple computing with the iPhone and iPad. A recent statistic from Asymco’s Horace Dediu illustrates the matter perfectly. According to data he gathered from sales figures, Apple sold more iOS products in 2011 than it did Macs in their entire 28-year history.

This means that millions upon millions of iPhone and iPad users are experiencing and enjoying Apple’s way of doing things. Now, the burden is on Apple to use the success of these mobile devices in order to continue growing its Mac user base. The best way to do this is by making users feel welcome on the desktop and allowing them to use these products together more seamlessly.

Apple is going about unifying the iOS and OS X experience in a few ways, none of which have to do with ‘turning OS X into iOS’.

It’s changing some of the names of applications so that they’re identical on both platforms, and tweaking the behavior of others to be more logical. Contacts was renamed because its a far clearer way to refer to your library of contact information than a reference to mailing addresses, which few of us use any more. Notes wasn’t simply ported from iOS to OS X, it was rebuilt as an OS X app, integrating Stickies support and separating notes from your email, where it had no business being in the first place.

Reminders is a great addition to OS X that first appeared on iOS, but also serves the purpose of removing reminders from iCal, where it has always felt like an awkward appendage.

Most importantly, though, Apple is making sure that iCloud works clearly and succinctly between all of its devices. At that same Goldman Sachs Conference,  Cook said “I view iCloud not as something with a year or two product life — it’s a strategy for the next decade or more. It’s truly profound.”

To that end, Apple wants to make sure that the places users find their data on the Mac and on iOS devices are coherent and familiar. If it is going to be successful in creating a truly seamless data synchronization service, it needs to make the experience between the two platforms feel natural and unified to users. If you have to hunt around for where your data is stored, iCloud is already failing, it needs to appear at exactly the right moment in the right places in order to be successful.

Adding some of the applications that you find on iOS — in a re-imagined desktop form — to OS X is a large part of the way it is making iCloud work correctly.

If you want to boil down Apple’s thought process on this whole thing, it’s really about feelings. Apple cares how its users feel when using its products. When a PC user who has purchased an iPhone or iPad falls in love with the experience of using it, Apple cares about making them feel the same way about the Mac. It would be stupid if it didn’t try to make the millions of people who have purchased iOS devices feel welcome on the Mac.

That’s not the same, however, as crassly transforming one operating system into another to cash in or exert more control. The ’10 ways that OS X is being turned into iOS’ headline is easy to write, and you can’t argue with the fact that both platforms are informing decisions made in the other, but there is a distinct difference between unification and absorption.

The traditional experience of a Mac circa 1980, or 2003 for that matter, will never exist again, and that’s scary for some people. Apple’s Mac of today is part of an integrated system of computing devices, some that sit on your desk and some that fit in your pocket, and it has to act like it. But if you take the stance that Apple is working to trim away everything about OS X that makes it different from iOS, you’re missing the point.

Read next: This app teaches you about startup culture and business using mobile flash cards