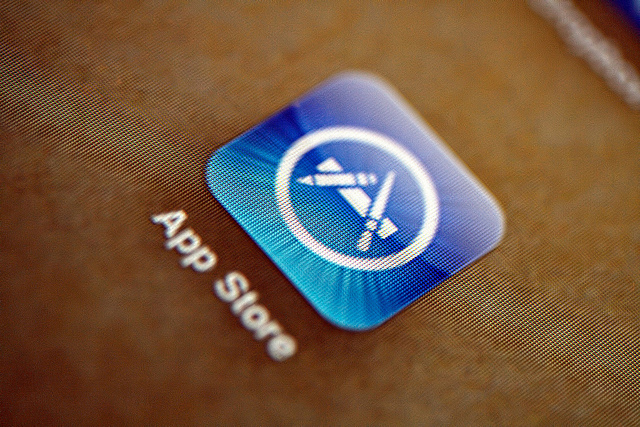 You might remember that some time ago Apple launched its first attempt at a social network with “Ping“. When it launched, many thought this would be a perfect spot for Apple and Facebook to partner by sharing and selling music on Facebook’s platform.

That turned out to not be the case, and many stories surfaced about how Facebook CEO Mark Zuckerberg didn’t see eye to eye with then Apple CEO Steve Jobs. No deal was done, no partnership between the two were made. That fact however, hasn’t stopped Apple from utilizing Facebook for marketing purposes, just as other companies do on the platform.

The folks on the marketing team for Apple’s App Store and iTunes have found its Facebook pages as a great way to promote new apps and music available, and interact with people who are doing the buying.

What’s more interesting than the numbers is what Apple is doing on its pages. For example, on the App Store page, the company is playing word games with fans by scrambling up the name of an app and letting people guess which app it is:

While Apple’s Ping product has proved to be a serious loser in its attempt to becoming a huge music-focused social network, it looks like Apple hasn’t taken the lack of partnership with Facebook personally at all. So while no deal could be made between the two companies, Apple wasn’t willing to run away from the social network, because without Facebook, Apple would have nowhere else to turn to socially pimp its wares. Facebook knows that, and ended up getting Apple to use them just like everyone else.

Read next: ProgrammableWeb predicts that 'Every Company Will Have APIs'