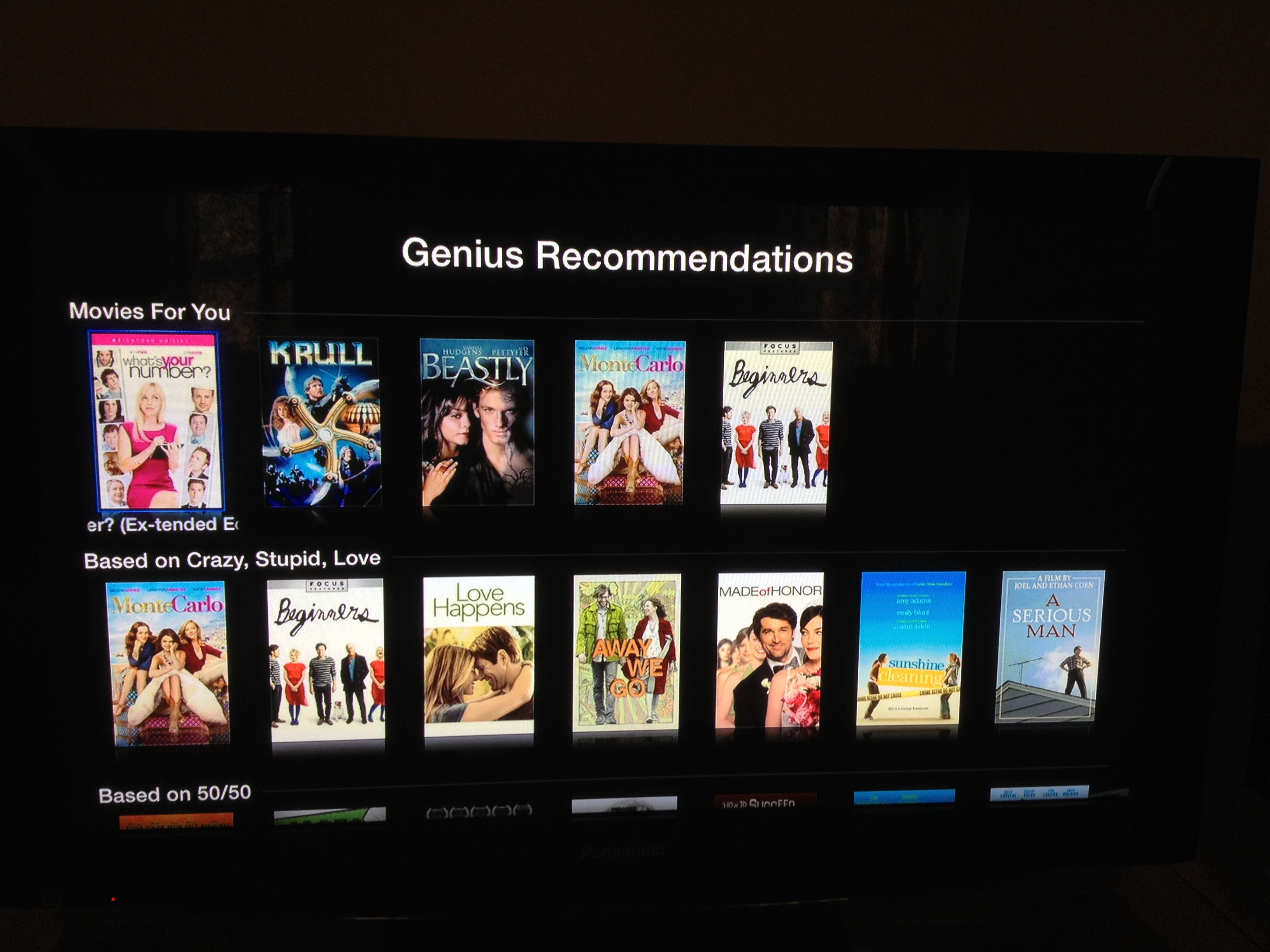 Apple has issued an update to its Apple TV software that ads the Genius feature to its Movie and TV sections, reports Appleinsider. It seems clear that this was always coming, but in practice it makes a ton of sense as a counterpart to Netflix’s recommendation engine.

The new sections appear below the Movies and TV Shows sections and dispplay several rows of selections based on recent movies watched. Whatever algorithm is being used it seems fairly loose, and not based directly on genre or actors involved, at least going off of the choices it gave me.

I do love that there is a chick flick followed by Krull, a movie I love but have never watched on my Apple TV. Seems to be a good selection available for both my wife and I, who use the device together. The two rows that follow are based on specific titles, so it’s a tad easier to see how it spins these choices out. One thing that I noticed immediately was that there is a bit of repetition going on across the categories. This could be due to the fact that we only casually use Apple TV rentals and spend a lot more time in Netflix.

The TV selections are nearly spot on, with almost every selection being to either my tastes or my wife’s. I watch more TV than she does on the Apple TV so much of it is curved toward the sci-fi or genre shows, although The Office and Curb Your Enthusiasm, two of her favorites, make a showing as well.

The comparisons to Netflix’ recommendation engine are immediate, of course, and fill in the gaps in the Apple TV’s ‘discovery browsing’ capabilities. This should help in those ‘what to watch’ situations when browsing through movies and their connected properties via the standard browsing just didn’t turn up likely options.

These additions won’t likely convince someone to purchase content instead of watching it for free on Netflix, but it does bring the Apple TV browsing experience more in line with what you can get on the streaming service. That ‘poke around and see what it thinks I will like’ serendipity was missing without Genius.