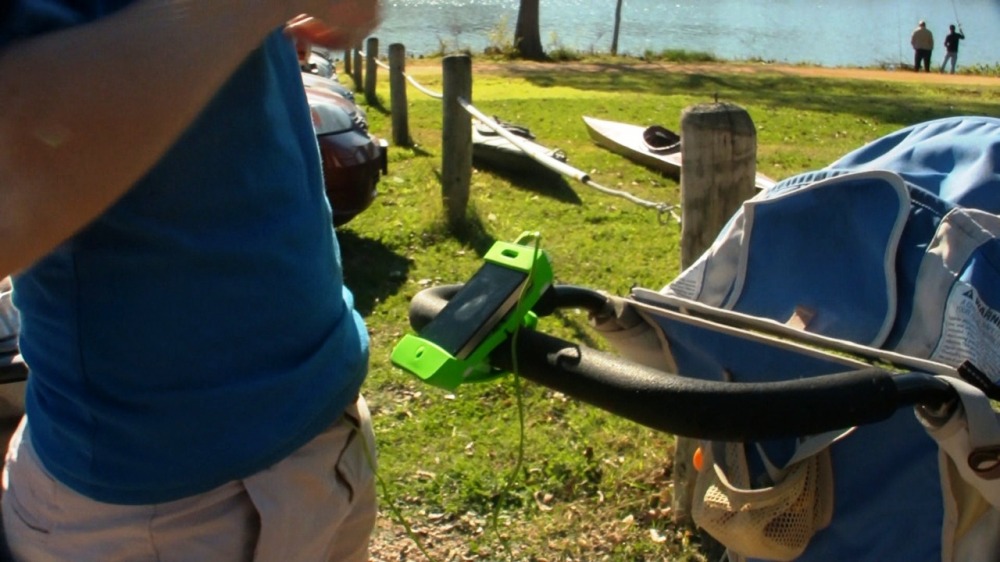 If you’re a cyclist then you know it’s Sophie’s choice when it comes to securing your iPhone. Either its on an armband and the cord is getting caught up in your handlebars or its in your pocket and you can’t see the screen. The obvious choice is a bike mount of some sort, but many of the ones we’ve seen are hard to extract your iPhone from or require a permanent case.

The Mounty is a sweet little Kickstarter project tackling that very issue that I’m looking forward to seeing funded. It was designed by two engineers who were looking to solve the iPhone quickmount problem for bicycles. You can see how the design works in the video below:

The way that the case splits for easy insertion, then uses the closing action to secure the phone in place with friction is very cool. It eliminates any separate clamps or clasps and gives you the quickest on/off action I’ve seen in a mount for the iPhone.

Because it’s a single clamp attachment and removal, it’s easy to swap between a bike and a stroller or a shopping card for easy reference. Very clever and very thoughtful engineering from Kevin and Eleanor on this project. It does its job and the form follows the function really well without being more obtrusive than it needs to be.

I’d love to see some more subtle colors in the future but it looks like the pair plans to offer it in blue, green, black and white initially. You can back the Kickstarter project now for $20 to secure your own Mounty and they’ll be offered for sale at some point later.

If you’re a cyclist or anyone who has found the need to mount your phone to a handle or handlebar, the Mounty looks like a fresh and clever take on the problem.

Read next: Who's going to win the Super Bowl? Let's ask the Internet [infographic]