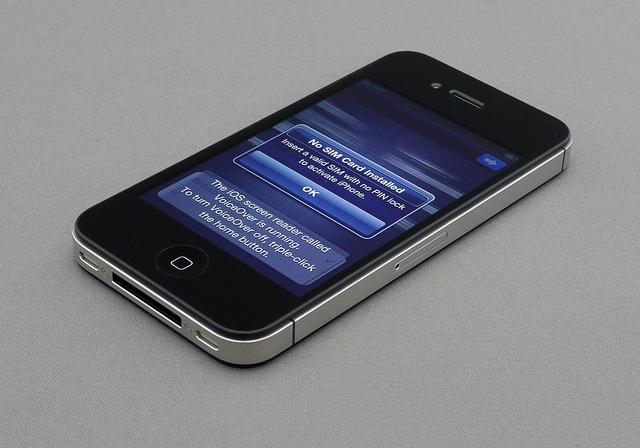 Apple’s first fiscal quarter earnings are in, and they are huge, even by Apple’s own standards.

With revenue totalling $46.33 billion in its first quarter and earnings of $13.87 per share, the company’s net profit reached $13.06 billion.

This was helped by incredible sales of its mobile devices; Apple sold 37.04M iPhones, up 128% year over year, and 15.43M iPads this quarter, up 111% year over year. The iPhone alone accounted for 53% of the company’s revenue for the quarter.

Currently, there is only one company that can compare to Apple’s smartphone dominance — Samsung.

The South Korean electronics giant announced at the start of the month that its fourth-quarter operating profit rose by 73% year-on-year to reach $4.5 billion, helped by reported sales of 35 million smartphones sold over the last three months.

Apple’s 37 million iPhone sales, compared with Samsung’s 35 million smartphone shipments — close, but in reality not that close at all.

You see, Samsung hasn’t offered its own smartphone sales figures for at least its past two quarters, instead relying on research firm Strategy Analytics in the third quarter to deliver its own shipment estimates, which Samsung then used in its promotional channels and media/analyst estimates in its last quarter.

Apple provides detailed accounts of its quarterly figures and is completely transparent with its sales, it doesn’t output shipment figures — where devices enter sales channels but may not necessarily equate to physical sales.

Samsung faces a difficult task trying to track sales of its devices in numerous markets and from retailers, Apple can track sales via its own online and physical stores and a select number of carriers worldwide.

With 37 million iPhones sold between October and December, Apple is clearly the world’s biggest smartphone maker, regardless of shipments. This would have been helped by the impressive launch of the iPhone 4S (4 million sold in 3 days) and the reduction in price of the iPhone 4 and the iPhone 3GS going completely free on contract in numerous markets.

Apple now has a massive cash hoard, including cash, short term and long term investments, of some $95.7 billion. What it will do with that cash remains to be seen.

Apple will be streaming its earnings call live at , we will bring you important news and analysis from the call shortly thereafter.