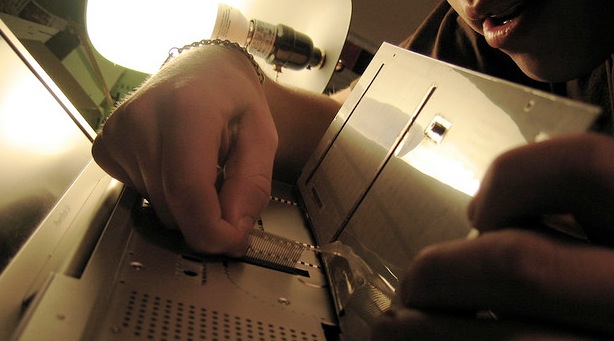 When Apple hires employees, they undergo a rigorous interview process and an extremely unique orientation procedure. Part of this is getting their new company-issued computer set up and connected to the network, which they are expected to do themselves.

The details of Apple’s hiring process come from the new book Inside Apple: How America’s Most Admired–and Secretive–Company Really Works, by Adam Lashinsky, which is out now. In the book, he details the introductory packet, including stickers, HR forms and a T-shirt that says ‘Class Of’ followed by the year that the employee was hired on. They’re also treated to a free lunch on ‘Orientation Monday’, the only one that they get, as Apple’s cafeterias are ‘for pay’.

But one of the most interesting details about the process comes after the hires have been issued their first company computer. Lashinsky explains:

Another highlight of an employee’s first day at Apple is the realization that there’s no one to help you connect your newly issued computer. The assumption is that those smart enough and tech-savvy enough to be hired at Apple can hook themselves up to the network. “Most people are expected to be able to connect to servers,” said an Apple observer. “People say: ‘That shit was hard, but I figured out who to talk to.’ That’s super smart. It’s a clever way to get people to connect with each other.”

There is a provision in place to help orientate employees, it’s called the iBuddy system, in which new employees are assigned to an existing member of Apple’s staff to help them with questions. But the secrecy and isolated nature of Apple’s internal ecosystem, along with the intense drive to produce, means that most don’t speak to their iBuddy beyond the first few weeks of employment.

It seems like a simple enough assumption. If you’re hiring the best and the brightest in the industry, should’t they be able to rig up their own computer to the company network? But it’s something that is practically unheard of in large companies, where the IT department rules computer connections to the network with an iron fist.

The entire book is packed with interesting tidbits about how Apple expects its employees to operate and how these measures jive with its intense secrecy. It’s a fascinating read, well worth perusing for those curious about how Apple has become the company it is today as well as anyone who runs a company in the technology space.