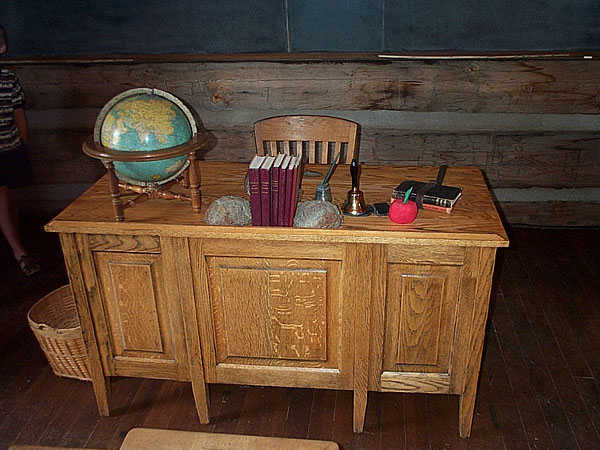 There was a time when Apple was fighting to get its name into everyone’s heads. How better to do that than to make sure that kids were using the Apple || in schools? It was with that in mind that Apple started subsidizing Apple hardware to get it into the hands of students and the company has been tied at the hip to education ever since.

Fast forward to today and Apple’s announcement (our recap is here) that it would bring digital textbooks to the classroom via the iPad. While many of us are excited about the possibilities that exist here, there’s a slight problem that only Apple is able to fix – $500 iPads.

Apple’s initiative, in conjunction with major educational book publishers, is a fantastic one. But make no mistake that there are hurdles to overcome. In my own school for instance I had many textbooks that were greater than 10 years old. They were dilapidated, but they did the job and that’s what my school could afford. To think that the school would be able to shell out $500 per child for an iPad seems like a ludicrous idea. 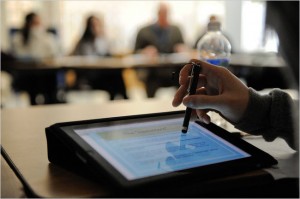 The answer seems clear then — Apple either has to be content with selling the program only to schools that can afford it, or it has to help make the transaction more approachable from the money side of things. While the fact that Apple offers bulk pricing to educators has long been known, I think it’s going to take more than just a few bucks off of each device in order to make this fly.

I don’t want to seem like I’m defecating all over Apple’s idea here. Far from it, in fact. I’m excited about the possibilities that the system could hold. But I’m also a realist who went to a poor public school that had to make scheduling changes in order to pay the bills. The school eliminated “Study Halls” and ended at 2:15 instead of the traditional 3:00 because it allowed the HVAC system and lights to be turned down earlier.

That’s the reality of public schools today, and it’s going to take some help from Apple to change that fact.

But if Apple chooses to do so, then there’s a great chance that it could pay off for the company in the long tail. Kids who get used to using iPads in school are more likely to want them for “play” purposes. That could translate into them becoming eventual iPhone buyers as well, and it might (though it’s less likely) convert them into Apple computer users.

It’s a gamble, to say the least. But let’s assume for a moment that Apple sells the devices at the manufacturing cost of $326 each. An average high school textbook costs about $200 to replace, so Apple could very well be saving the schools money over time and provide a better experience with more up-to-date information. That’s not to mention the fact that an entire year’s worth of books would cost no more than $105, which is less than what some school are charging to rent old books for a year.

It’s a prime opportunity for Apple to keep itself in the hearts and minds of students, teachers and schools around the world. Now it’s simply a question of whether it will happen. My fingers are crossed, but I’m not ready to hold my breath just yet.