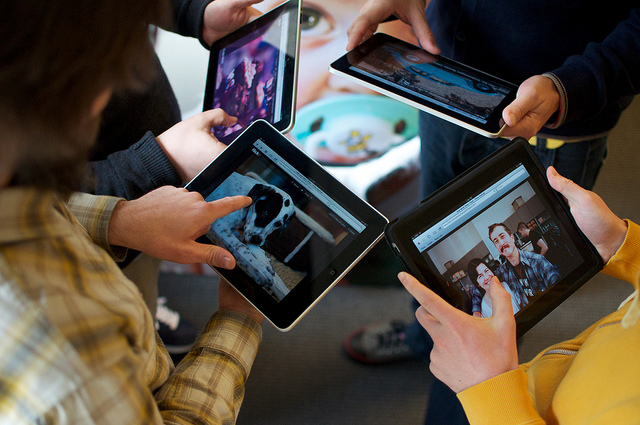 I like to take a look at the reports that come from analytics company Chitika. They’re normally reliable and well charted and typically relevant to the mobile and tech industry.

When I got a notice that its latest report had arrived, entitled ‘iPad Still Leads Tablet Market for Web Traffic; How Does the Competition Stack Up?’ I jumped in, interested to see how the numbers were adding up for other competitors. I had to read the report a couple of times before the chart made sense to me, take a look:

Note the title of the chart. It’s measuring not the amount of ad impressions (that’s how Chitika gets its numbers) but the amount of impressions each of these tablets gets per 100 views of an ad on an iPad. That’s an insane gap, with even the Kindle Fire, which Amazon reports is selling very well, only rates 2.4 impressions per 100. If you’re doing the math, that is 2.4% of the impressions that the iPad is clocking.

And that is the tablet that many consider the most successful at competing against the iPad. Chitika estimates that the iPad holds a solid 15% of all mobile traffic.

Honestly, the numbers aren’t all that shocking outside of that, most of the other device series, like the PlayBook, Xoom and Galaxy Tab, come in close if a bit lower than the Kindle Fire. A minor surprise, perhaps, that the PlayBook shows some traction here.

But these competitors are operating at a factor of 100 lower than the iPad. The iPad isn’t a competitor, not even close, it’s become a metric. How soon before we measure PC ad impressions in ‘factors of iPad’?