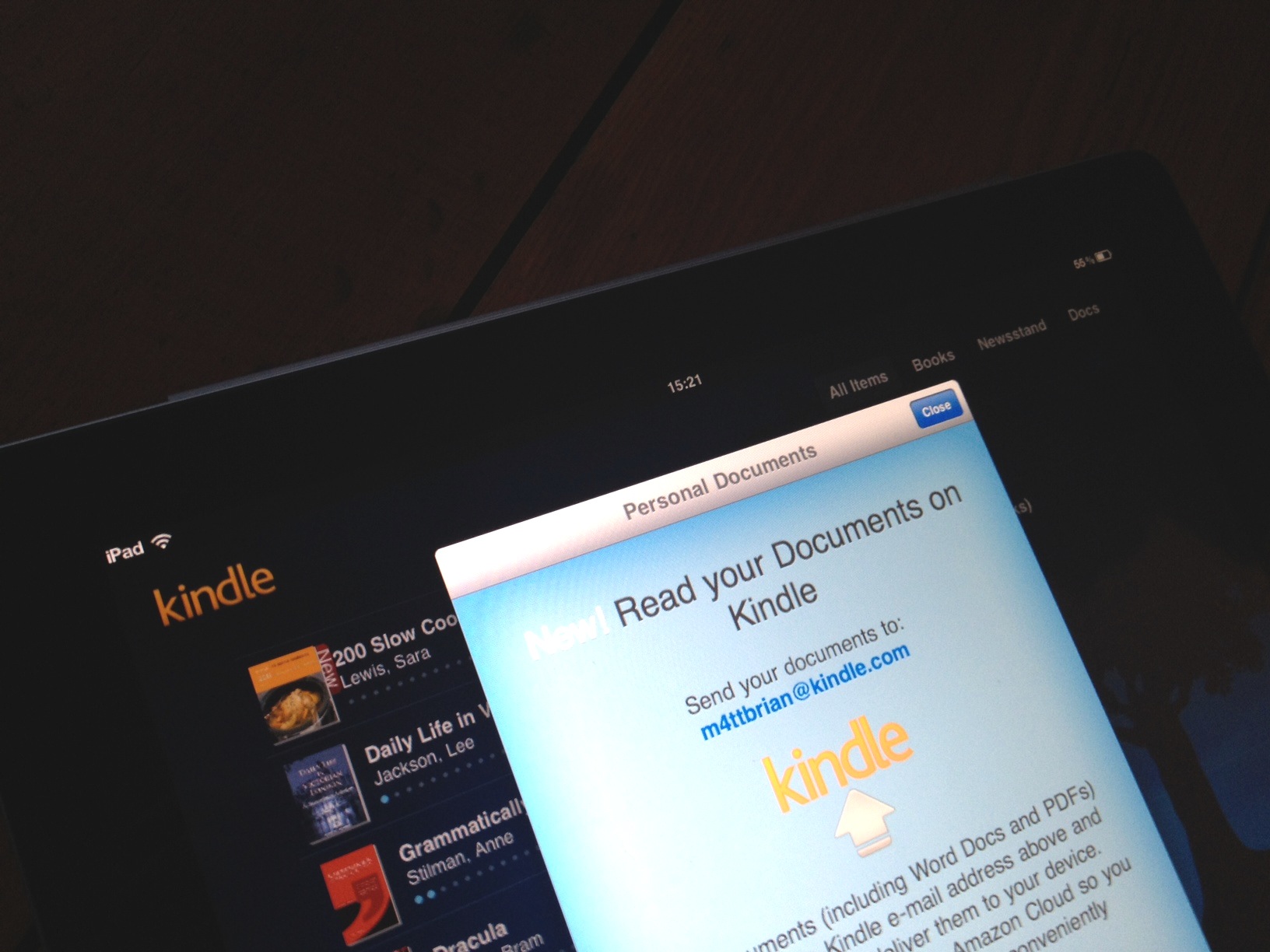 Amazon has pushed live an update to its Kindle iOS applications, providing iPad users with the option to subscribe to the complete collection of magazines available on the Kindle Fire and adding additional features to its iPhone and iPod touch app.

Kindle for iPad provides access to more than 400 magazines that were originally only available to Kindle Fire owners, allowing users to subscribe to a single issue or subscribe to popular newspapers and magazines and have them wirelessly delivered to the Kindle app on their Apple tablet.

Amazon has also added the option to read print replica textbooks, delivering rich formatting and layouts of the original print editions and adding support for notes, highlights, zoom and pan and a linked table of contents.

As well as the iPad, Amazon has added a number of features for iPhone and iPod touch. Owners of any iOS device can now email documents to their Send-to-Kindle email address and they will deliver them directly to their device. Each document is stored in the Cloud, providing users with the ability to re-download them on any Kindle device.

In addition, PDFs can be opened from Mail or Safari in the app by transferring them from iTunes or by sending them via a Send-to-Kindle email address. Amazon may have used its recent investment in Foxit to deliver additional PDF features, including PDF tablet of contents and thumbnail navigation throughout documents.

All of the iOS apps have new library layouts, allowing users to view Kindle Books, Newsstand and Documents easily on their devices.

Read next: Don't just snap a picture: Capture a moment with Stilla