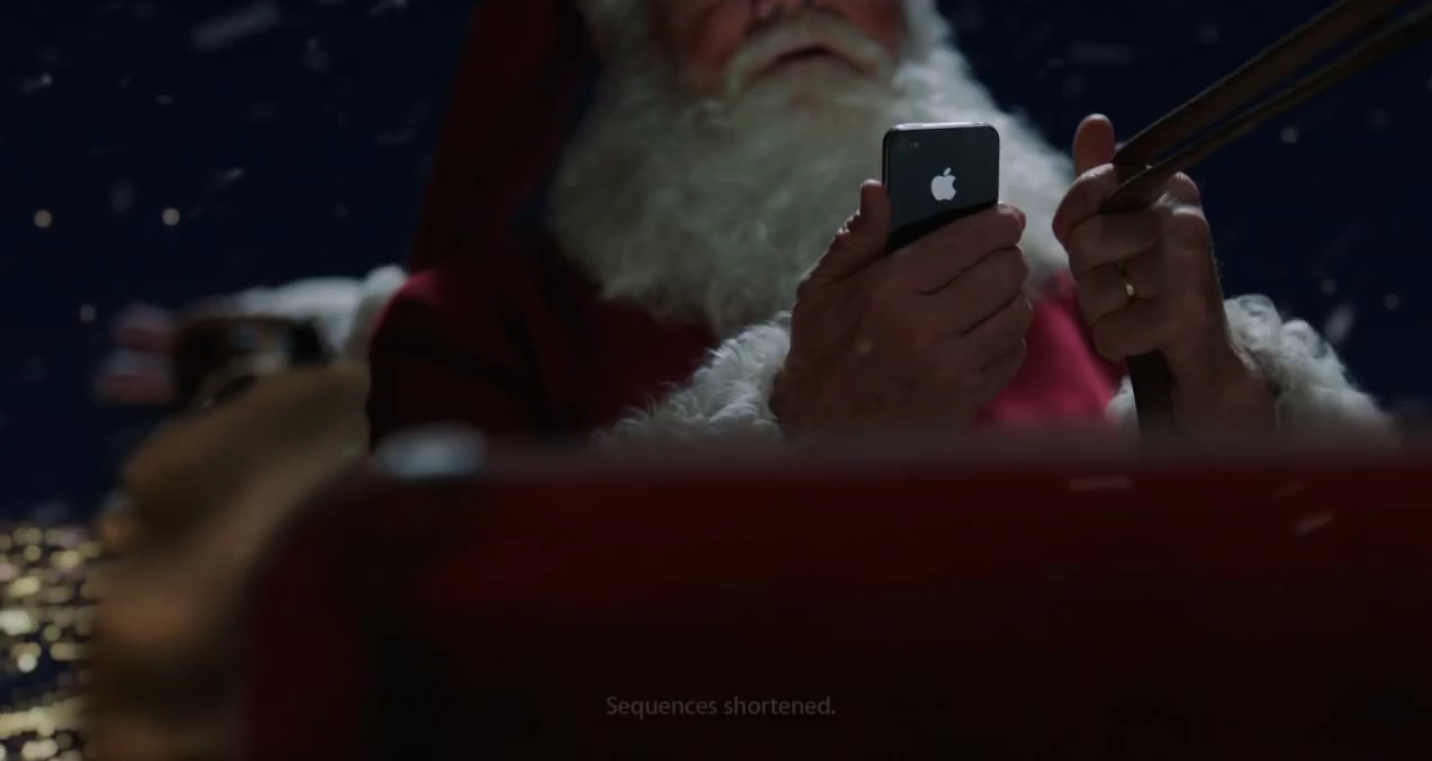 If you look closely at the appointments listed on Santa’s iPhone 4S in Apple’s new ‘Santa’ commercial, it turns out that the four people due a visit from the man in red are not who you would expect — in fact they all form part of the agency team tasked with promoting the new handset.

The new Apple advert shows Santa using Siri to ask for directions to what we believe is a child’s house, finding out what the weather forecast is like in different U.S cities and mining his messages for his ‘Naughty and Nice List’. At the end of the TV spot, Santa checks his appointments and four names are clearly listed:

Who are these four lucky people? You might ask. Well, it turns out that they all work for TBWA\Media Arts Lab, which is Apple’s marketing agency. For example, take a look at Whitney Kollar’s LinkedIn profile.

The impressive piece of research was performed by Reddit user “HeresToTheCrazyOnes”, who says that whilst he/she was able to verify the four individuals listed in the appointments screen, it proved difficult to tie the name Charlie Grant to anyone associated with Apple or its marketing agency.

Apple is well known for hidden messages and meanings within its marketing but this appears to be a little Easter Egg on TBWA’s behalf.

Read next: Between: A social network just for you and your significant other