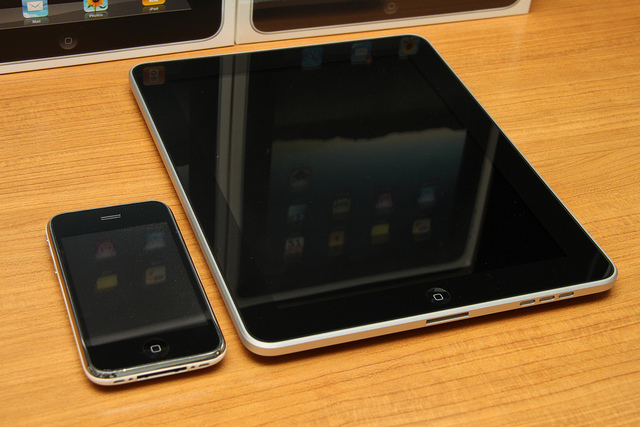 This story has been updated, please scroll down for updates.

Earlier this morning, the Mannheim Regional Court in Germany ruled that Apple did infringe on GPRS patents belonging to smartphone rival Motorola, which could see an injunction placed on iPhones and iPads.

Florian Mueller of FOSSpatents revealed the outcome between the two mobile giants, highlighting that sales of the iPhone, iPhone 3G, iPhone 3GS, iPhone 4, iPad 3G and iPad2 3G may be impacted in Germany unless Apple is able to secure a stay until an appeal can be heard.

It all revolves around EP (European Patent) 1010336 (B1) which details a “method for performing a countdown function during a mobile-originated transfer for a packet radio system”. Whilst this is just one of the two patents Motorola has issue with Apple utilising, it is an integral part of the General Packet Radio Service (GPRS) standard.

Mueller states that Apple could “modify its products by removing the patented feature so as to steer clear of further infringement”. But whether it would choose to do so would depend on whether it could win an appeal or if it would be a cost-effective measure for the company. Given it’s a wireless standard, it’s not the easiest thing to design around.

However, the patent expert believes Apple will appeal the decision and request a stay until the proceedings have concluded:

Apple is certainly going to appeal this ruling to the Karlsruhe Higher Regional Court and to request a stay for the duration of the appellate proceedings. Such a suspension may or may not be granted. If there’s no stay, Motorola will have to decide whether to bear the risk of enforcing a ruling that might be overturned later. Apple asked for a €2 billion ($2.7 billion) bond, but the court agreed with Motorola that a much lower amount — in this case, €100 million — was warranted.

The last part of the quote is interesting. Apple requested that Motorola would have to pay €2 billion ($2.7 billion) to enforce an injunction, but Motorola persuaded the court to set a much lower amount at €100 million ($134 million).

Apple tried to license the patent under FRAND (fair, reasonable, and non-discriminatory) terms but Motorola was again able to convince the court that if Apple was judged to have infringed, the damages involved would total more than the FRAND rates that were suggested.

It is likely Apple will request an appeal and try to convince the judge that Motorola should license its patent under a compulsory FRAND license. The appeal won’t be the big issue for Apple, it will be convincing the court that sales of its iPhone and iPad in Germany should not be stopped whilst it fights it.

Update: Motorola has just issued a statement on the ruling:

“We are pleased with the court’s ruling. Today’s decision validates Motorola Mobility’s efforts to enforce its patents against Apple’s infringement,” said Scott Offer, senior vice president and general counsel of Motorola Mobility. “Motorola Mobility has worked hard over the years to build an industry-leading intellectual property portfolio that is respected by the telecommunications industry, and we are proud to leverage this portfolio to create differentiated innovations that enhance the user experience. We will continue to take all necessary steps to protect our intellectual property, as the Company’s patent portfolio and licensing agreements with companies both in the U.S. and around the world are critical to our business. We have been negotiating with Apple and offering them reasonable licensing terms and conditions since 2007, and will continue our efforts to resolve our global patent dispute as soon as practicable.”

Apple followed with this statement to All Things D:

“We’re going to appeal the court’s ruling right away. Holiday shoppers in Germany should have no problem finding the iPad or iPhone they want.”

Keep up to date with the latest mobile news at TNW Mobile.