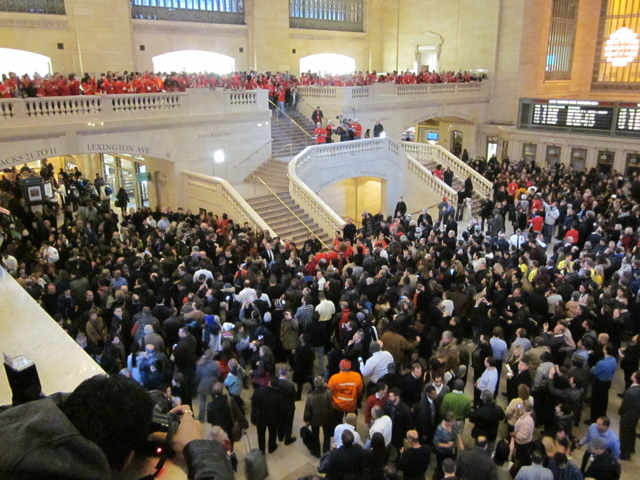 Apple’s Grand Central Terminal store in New York City opened up today and hundreds stood in line, with hundreds more bystanders gawking at the fuss, reports Phillip-Elmer Dewitt of Fortune. The line stretched out well into the terminal hours before opening and many commuters milled about to catch the opening or just to see what was going on, creating quite the crowd.

The first 4,000 lucky store attendees will get a t-shirt commemorating the event, which you can expect to see on eBay shortly.

Dewitt also posted a video of the first customers being let into the store, accompanied by the traditional cheering and hoopla that goes along with the opening of any huge Apple store.

For a look inside the store, check out this photographic tour of the inside from just before the opening.

Read next: Zite, the smart iPad newspaper, is now available on your iPhone