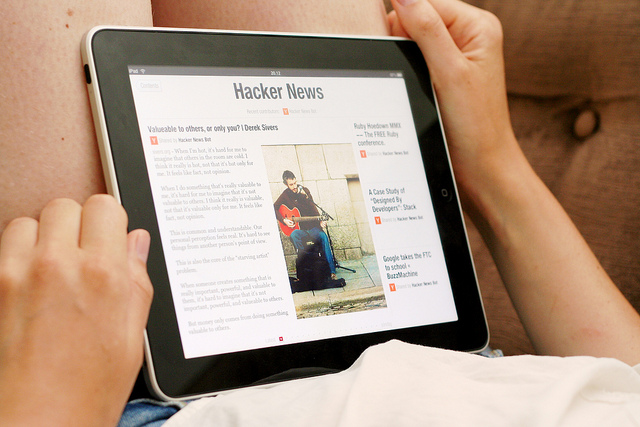 Mike McCue, CEO of Flipboard, announced at the LeWeb 2011 conference in Paris that Flipboard has been downloaded on more than 4.5 million Apple tablets, noting that it is now installed on around one in ten iPads.

McCue took to the stage to talk to Loic Le Meur about the launch of the Flipboard iPhone application this morning. Speaking about the company’s growth, the Flipboard CEO said that the company had secured $60 million in funding to develop just one app for the iPad  – helping to bring the amazing content platform to the iPhone many months later.

The iPhone app takes most of its iPad counterpart’s features and displays them perfectly on the iPhone’s screen to give readers one place to enjoy stories from Twitter, Facebook, selected partners and other social networks and sharing services.

The company also introduced a new feature, Cover Stories, which is a smart section that learns about a user’s interaction with content on the app. When users open the app, they can read the most interesting news, updates and photos being shared at that moment, without having to hunt through their feeds or readers to find the content manually.

McCue says Flipboard is focused on delivering a great experience, expanding to additional countries in the near future. The company is also looking to boost revenues via its advertising service, selling full-page adverts via its publishers between 10-15 times the cost of banner ads.

However, the CEO is quick to point out that revenue is “not significant yet”, remaining quiet on whether the company would release an Android app.