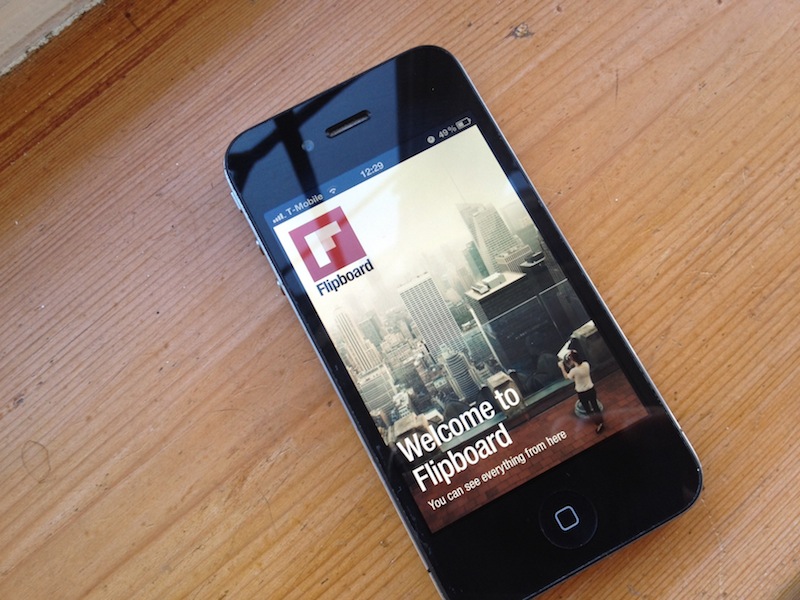 Flipboard’s new iPhone application has received a well-deserved boost after Apple’s senior vice president of Worldwide Marketing Philip Schiller took to his Twitter account to say that he was a fan of the new smartphone app, 9to5mac reports.

Schiller’s tweet: “New Flipboard app for iPhone is very nice” is a rare endorsement from the Apple executive, who usually updates his microblogging account to speak about public events, iTunes tracks and other Apple news.

Flipboard has had a busy morning, announcing its new iPhone application this morning, before its CEO Mike McCue announced at the LeWeb 2011 conference in Paris that its iPad app has been downloaded more than 4.5 million times. It’s an impressive figure on its own, but McCue also noted that it means the app has been installed on around one in ten iPads.

The iPhone app takes most of its iPad counterpart’s features and displays them perfectly on the iPhone’s screen to give readers one place to enjoy stories from Twitter, Facebook and other social networks.

The company also introduced a new feature, Cover Stories, which is a smart section that learns about a user’s interaction with content on the app. When users open the app, they can read the most interesting news, updates and photos being shared at that moment, without having to hunt through their feeds or readers to find the content manually.

Whilst on stage, McCue said that iPhone download traffic had already surpassed that of its iPad counterpart, suggesting it might not be long until the smartphone-centric app starts hitting similar milestones.

Read next: Virtual US Embassy blocked in Iran. We saw this one coming.