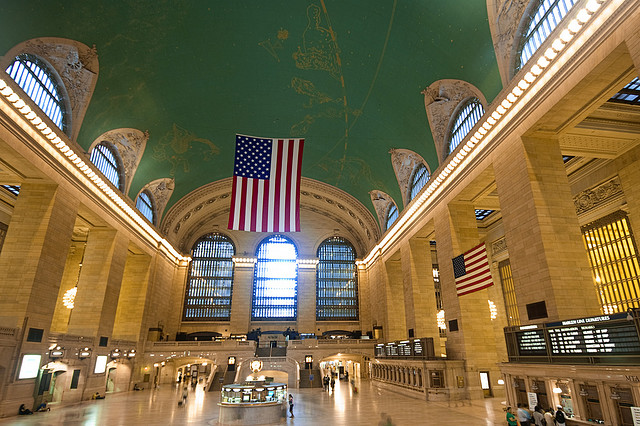 According to the report, Apple has been working with railroad officials to put on a big media event as part of the grand unveiling, which is set to become the company’s biggest retail store with over 300 employees and 24,000 square feet of retail space. A source told the Post that they were “making plans for a lot of press and accommodating Apple’s own people.”

Earlier this week we reported that the soon-to-be-opened store is currently covered by black hanging boards, which indicates that they are ready to be unveiled to the public. Popular Apple website 9to5Mac also reported that the boards were in place to shield the official announcement of the store’s launch, which were originally tipped to be removed today.

According to the report, an earlier opening date was never in Apple’s plans:

While construction crews have been working around the clock in recent weeks to meet deadlines, one source briefed on the situation said a Thanksgiving opener was never in the cards.

We got a closer look at the store when the Metropolitan Transit Authority released high-resolution renderings of its construction and the basic floor plan in August this year, just one week before construction officially began.

It is possible that Apple could still unveil a launch date later today, we will bring you the news as soon as it happens.