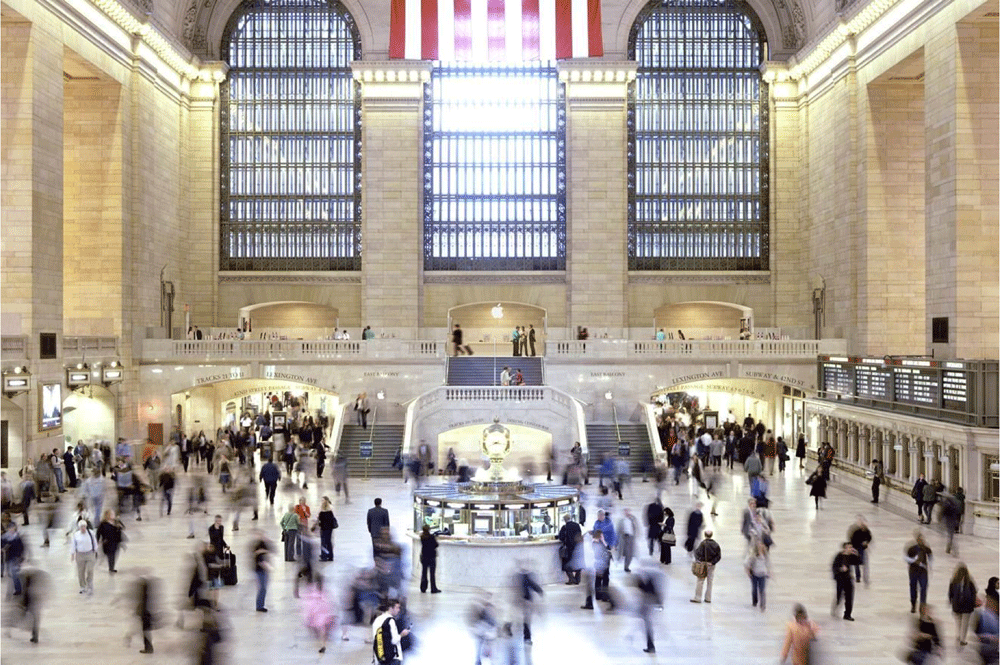 Apple has been busily building its largest retail store in the Grand Central Terminal in New York since we first caught wind of it in February this year and looks set to officially announce its opening on Tuesday, according to a report by 9to5Mac.

Techfootnote grabbed some shots of the soon-to-be-opened store on Friday that show several areas of it covered by black hanging boards, which indicates that they are ready to be unveiled to the public. 9to5Mac reports having heard from its sources that those boards are shielding the official announcement of the store’s launch and will be removed on Tuesday.

Staffed by over 300 employees and covering 24,000 square feet of real estate inside the terminal, the Grand Central store will be Apple’s largest yet. We got a closer look at the store when the Metropolitan Transit Authority released high-resolution renderings of its construction and the basic floor plan in August this year, just one week before construction officially began.

With the next Friday being Black Friday, the biggest shopping day of the year in the United States, an official announcement of its launch on November 25 would tie in nicely with the Black Friday sale that Apple usually holds on the day in question.

Read next: Siri now controls the house temperature, thanks to a hacker’s proxy server