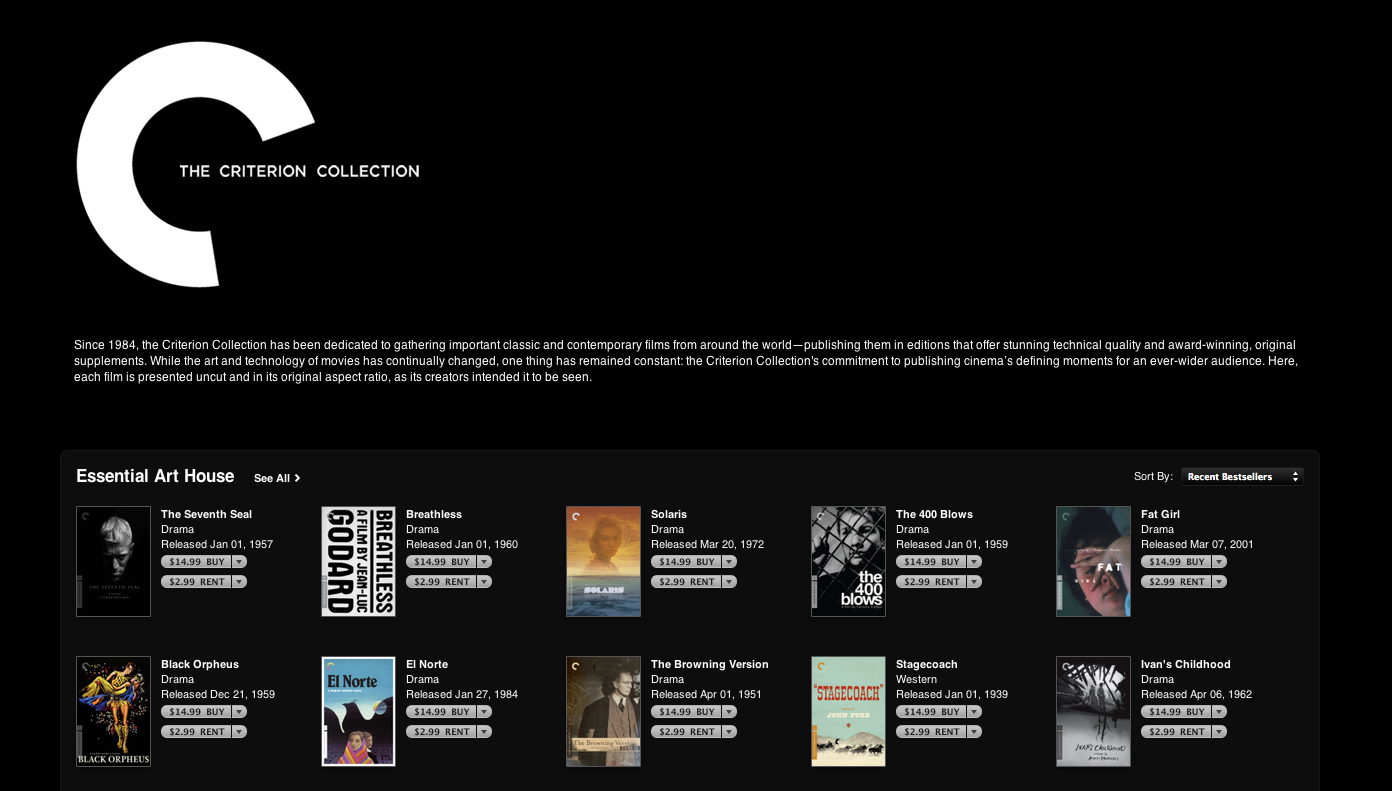 The Criterion Collection, a world renowned archive of the most important classic and modern movies, is now on iTunes. The new section launched just a couple of days ago with a selection of its archive available.

The entire collection isn’t yet on iTunes but it is featuring a selection of 46 art house, Japanese, American Indie, documentary and cult favorite films that span the breadth of its catalog.

The Criterion Collection presents movies in ‘ultimate’ editions that include restored prints, extended (or intended) cuts by directors and commentary by those involved and movie historians. The image quality of some of Criterion’s films is literally the best presentation of those films ever released.

Some standouts that are being offered now include Breathless, Solaris, Yojimbo, Sanjuro and Seven Samurai and Black Orpheus. The offerings here seem to be mostly earlier releases, although there are some, like Fat Girl and George Washington that are newer.

I’m a huge fan of Criterion films, and at one point had several hundred of its DVDs in my collection. Now that I have sold them off, I finally have a fantastic new way to experience these Criterion editions without buying expensive Blu-ray editions.

One big issue I have with these editions, however, is that they seem completely bereft of special features, some of which are absolutely magnificent and the real reason to purchase films you may have seen dozens of times before.

Hopefully Criterion continues to expand the collection here and we see some HD versions of newer films along with editions that include extra features by way of the iTunes Extra system that we’ve seen implemented on some newer films.

Read next: Google+ launches an official guide for sharing, promoting and measuring Pages