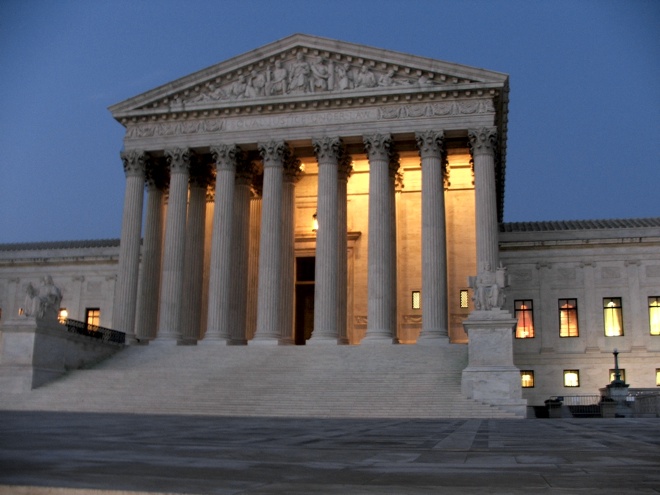 Gelernter is a computer scientist and professor who “believed that computers can free users from being filing clerks by organising their data” and wrote a book on the subject in 1992 called Mirror Worlds: or the Day Software Puts the Universe in a Shoebox…How It Will Happen and What It Will Mean.

He then founded the company Mirror Worlds Technologies along with a friend and released a product called Scopeware (shown in the screenshot below), which seems to have been a file management and versioning system. It “created a stream of varied documents—word-processing files, e-mail, calendar items and presentations—in a row of icons stretching into the past and future. Users could slide the icons back and forth to view them.”

Mirror Worlds Technologies was shuttered in 2004 but a company by the name of Mirror Worlds, LLC (a subsidiary of Plainfield Specialty Holdings I, Inc.) sprang up and filed suit against Apple in Tyler, Texas for patent infringement on March 14, 2004. The primary offenders were Apple’s Cover Flow, Spotlight and Time Machine features in both Mac OS X and iOS.

It is unclear how much of a stake Gelernter himself had in this company and whether it did anything besides suing Apple based on its patents, but it was awarded $625.5 million in damages on October 4, 2010 by a jury. The smoking gun, it seems, was an email that Steve Jobs himself sent to people within Apple in 2001 after seeing an article about the app in The New York Times:

Please check out this software ASAP. It may be something for our future, and we may want to secure a license ASAP.

If uncontested, it would have been the “the second-biggest jury verdict in 2010, and the fourth-biggest patent verdict in U.S. history”, according to Bloomberg.

But contested it was. Apple appealed the jury’s decision and earned a stay on the ruling till the end of November. The company’s lawyers argued that the patent had already been sold twice for sums of $210,000 and $5 million and, in April this year, Judge Davis overruled the jury verdict after having reached the conclusion that Apple had not infringed on Mirror World’s patents.

David Gelernter, who claims to have “2 percent of something” to gain from a positive verdict, said he wasn’t in it just for the money.  “I know my ideas—our ideas—when I see them on a screen,” he said, and he’d just like the record to state that he had a role in creating what we see today as the Cover Flow, Time Machine and Versions UI in various Apple software.

Mirror Worlds’ appeal is currently in progress and we’ll just have to wait to see if it can once again get a ruling in its favour.