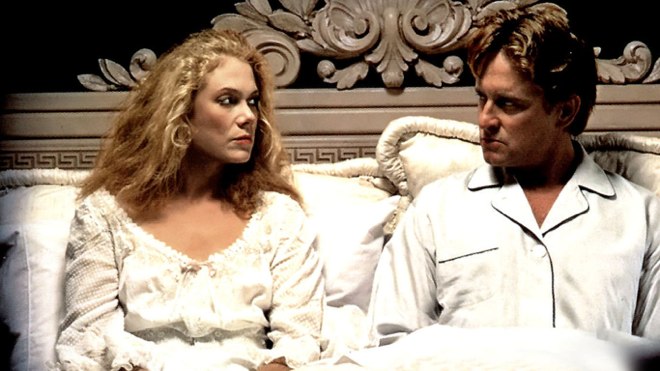 Apple and Google have had a tumultuous relationship in the mobile landscape. When the iPhone was launched, Google was a partner from day one. Their map data, YouTube archive and default search option were integral parts of the iPhone experience.

Now, with Google also in the mobile handset arena, the stakes have changed a bit. Apple’s former CEO Steve Jobs saw the introduction of an Android device, by HTC, that felt very similar to the iPhone as a move that amounted to “grand theft” and reportedly declared that he would go to “thermonuclear war” with Google over it.

Since then, Android has continued to grow and now has the largest install base of any mobile operating system (on smartphones), with iOS sitting in the second spot. Both of these OSs have a massive lead on any potential competition as Windows Phone 7 has yet to gain any real traction, webOS is on the brink of fading away forever and BlackBerry has gone off the deep end.

Being reliant on a competitor’s products, especially one as contentious as Android is to iOS, is never a great idea, and you can be sure that Apple knows it. Android devices, of course, have access to all of the same Google products that the iPhone does, and more, but there is a key difference.

By using Google’s services, Apple is effectively supporting their competitor’s products to the tune of 250M installed devices.

This is something that has to change and Apple knows it. This is why it is currently working, as it has been doing since 2009, to divest itself of as much of Google’s products as it can.

When the iPhone was launched, Google won a bidding war with Microsoft to make its search product the default on the iPhone over Bing. This was revealed during a Senate Antitrust hearing over Google’s dominance in the search industry.

This battle to be the default provider on Apple’s iOS devices happened before Android was announced by Google, indeed, before it was ever in the form that we know today. You can bet that if Google had a rival mobile operating system at the time, it would have been a much tougher play to get Apple to go that way.

That being said, Google was by far the dominant search engine at that time and still remains so in many ways today.

So what is the best way for Apple to combat competition in something that is as basic a need as search? By pulling a play from Google’s own book.

With Siri, Apple is showing off its new search strategy in a big way. Siri launched with two content partners, Yelp and Wolfram Alpha, that allow it to deliver query results directly to those asking for it.

This behavior is the exact same manner in which Google behaves if it ‘thinks’ it can give you a direct answer to your query rather than directing to you a page on another site that contains the answer. Examples of this are product searches, directions and stock quotes. Queries to those return the Google-provided result right at the top, and all other results from the web right below it.

This behavior actually got Google in some hot water with senators wanting to know how Schmidt thought that this couldn’t be construed as an unfair advantage.

But that advantage is exactly what Apple is after with Siri. Apple isn’t going to stop with just two content partners. I’ve talked about the future of Siri at length before, but the first move that we’ll see, once the service has been stabilized, is Apple signing on more content partners by the bushel.

Soon, you’ll be able to search for just about anything that you’ll want to find and have the Siri results delivered to you directly, rather than being pushed out to a Google search.

This move is such a good one, in fact, that Google’s Chariman Eric Schmidt recently told that same Senate Subcommittee that it was a ‘serious competitive threat‘ to Google’s business of mobile search.

Now, it can be argued that Schmidt, who is in charge of a company that basically has a stranglehold on search at the moment, was merely trying to drum up some false competition to get his company out of an antitrust scrape.

But the strategy makes sense. Apple is working its hardest to divest itself of Google search and Siri is the best first step.

Out beyond Siri, I see a partnership with Microsoft as the next logical break. I don’t know the terms of Google’s deal with Apple for search, but Schmidt mentioned that the deal was ‘extended’ in June of last year.

But that mention came shortly after Apple introduced Microsoft’s Bing as a search option on its iPhone and iPad devices with the release of iOS 4 (and the iPad equivalent).

In the end, all it would take is for that deal to run out and for Apple to flip the default search option over to Bing to make the iPhone a nearly Google-search-free platform overnight.

Another way in which Google is heavily intertwined into iOS is with the deal that it has to license its map data to Apple.

I’ve spoken to two sources, one at Google and one at a company that produces Apple-competing mobile devices and they both told me that Google licenses map data exclusively to Apple outside of its own Android food chain.

This means that other mobile devices that don’t run Android, like the now-defunct HP Touchpad, couldn’t use Google maps data, even if they wanted to.

In addition, Apple only licenses the data, period. It has built its own proprietary system for handling that data and all of the framework you see in action in the Maps app is Apple’s. Only the raw data and satellite images are Google’s.

Because advertising money doesn’t play a huge role in an embedded Maps app with its own special sauce for displaying results, the issue of replacing maps on the iPhone is likely a bigger deal for Apple than it is for Google.

This is why Apple has been quietly building its own solution for maps since at least 2009. That is when it acquired small but innovative maps company Placebase and started up its own ‘GEO Team’.

Since then, Apple has continued to make small purchases in the mapping arena, snagging Google Earth competitor Poly9 in July of 2010 and wicked 3D mapping company C3 Technologies in August of this year.

During the location tracking brouhaha earlier this year, Apple mentioned that it was gathering anonymous data for an ‘improved traffic service’ that it would be able to offer iPhone users within the ‘next couple of years’.

Would it be a huge deal if, when you clicked on a YouTube link, it just played in the iOS video player and not in a dedicated YouTube app? I don’t know, perhaps for some heavy YouTube users who like to comment and rate videos.

Google’s web app for YouTube is actually really excellent though, and I just don’t see this being a huge sticking point for either company.

I’d expect to see YouTube continue to appear on your iPhone’s home screen unless some deal with Google went sour due to Apple’s other moves to ditch Google products. Once again the lack of advertising here makes this a more attractive feature for Apple than it does for Google, who could play pre-roll ads and more via their web app.

In the distant future? Perhaps an iCloud-based video sharing service that is truly personal, for friends and family only, rather than the public bucket that most of YouTube is.

I just don’t see Apple encroaching directly on YouTube territory with this one. My bet is to see this stick around.

Does Google Care if it Gets Locked out?

But, you might say, Google has its own massive platform that it can use to gather revenue and search queries. It’s even bigger than Apple’s! Why would it care if Apple decided to go ‘Google free’?

By some numbers, Google accounts for 97% of all mobile search queries, which is a massive, if not incredibly surprising number. But it turns out that 2/3 of that number originates on iOS devices, not Android.

This means that Microsoft could literally become the market leader in mobile search overnight, if Apple decided to make a deal that appointed Bing as the iPhone’s mobile search engine.

But it’s not just volume of searches that is the issue. Remember that Google is a company that makes its primary living on search ad revenue, period. While Google’s desktop search business is in good shape, it is clear that mobile is going to become the default way that most of the people in the world access the internet, sooner rather than later.

Right now Google makes some $2.5B a year in revenue in mobile, most of it from mobile ads, and the search numbers mean that a large chunk of that comes from iOS devices.

The revenue from ads isn’t a 1:1 correlation to search queries, of course. But it does give us a basic yardstick that we can use to gauge how much of a market Google stands to lose along with the iOS platform.

Android is growing at a rapid clip, with some 550K activations every day, and every one of those is a potential source of advertising revenue for Google.

But iOS is growing too and the numbers show that far more browsing is done on iOS devices than on Android. Due to this, the impact on Google’s mobile revenue from Apple divesting itself of ties could be massive, even bigger than that “2/3” number would imply.

It’s clear at this point that Apple is taking strides to rid itself of a reliance on Google services, and that it is doing so with a multi-pronged approach across its OS. It’s just a matter of time before Google loses its toehold on Apple’s devices.

Then we’ll see just how robust a platform Android is for maintaining Google’s mobile business.

When the divorce is finalized, It will be interesting to see who gets the lion’s share of the mobile revenue numbers. I think that the only safe bet at this point is ‘not Google.’

This article was edited to clarify that the discussion relates to smartphones.

Catch the latest Apple news and discussion every day at TNW Apple.