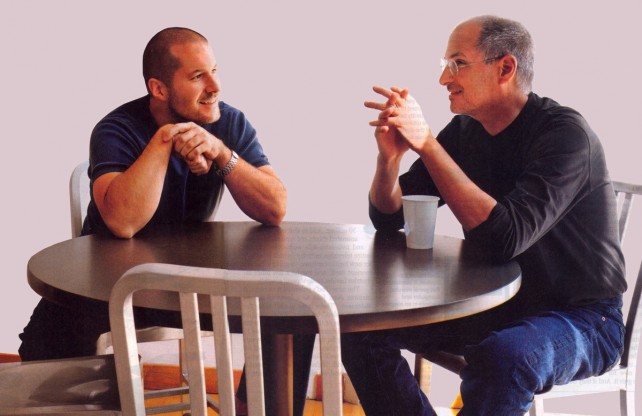 With the US trial between including Apple and Samsung scheduled to begin in July 2012, the Korean electronics giant has already named a number of key Apple designers and inventors that it wishes to testify over claims of patent infringement by the Galaxy smartphone maker.

Samsung has named top Apple executive Jony Ive, the company’s premier designer, and three other inventors Douglas Satzger, Shin Nishibori, and Christopher Stringer. They were originally required to have given evidence by November 1, but Samsung filed a motion in October to extend the deposition as it argued the witnesses would not be available – Steve Jobs’ passing will have undoubtedly played a part.

EdibleApple got a hold of the filing and found the reasons behind why the Apple inventors could not sit for deposition:

Mr. Satzger is a former Apple employee represented by separate counsel.  He is unable to sit for deposition before November 1 because, during the month of October, his lawyer has a full deposition schedule in a separate class action matter.

Mr. Nishibori is unable to sit for deposition before November 1 because he currently is on a voluntary leave of absence from Apple.

Mr. Ive is unable to sit for deposition before November 1 for personal reasons.

Mr. Stringer is unable to sit for deposition before November 1 because of work and scheduling conflicts.

If you’re unaware of what a deposition is, Wikipedia sums it up as an “out-of-court oral testimony of a witness that is reduced to writing for later use in court or for discovery purposes”.

According to the Apple-centric website, Doug Satzger was an Apple employee for 12 years until 2008, with his LinkedIn profile noting that he  “managed and directed all creative aspect of color materials and finishes for product from the first iMac to the latest iPhone, iPods, iPad and MacBooks.”

Shin Nishibori is an industrial designer at Apple and has been associated with patents covering the designs of the iPod Nano, MacBook Air, the iPhone 4 design and even played a part in designing Apple’s retail packaging. Christopher Stringer has seen his name associated with numerous patent filings in recent years.

The case will see Apple try to prove claims that Samsung “slavishly copied” the design and packaging of its iPhone and iPad devices, claims that it has asserted in over twenty separate legal cases against the Korean manufacturer.

Read next: 5 reasons to attend Internet Week Europe in London