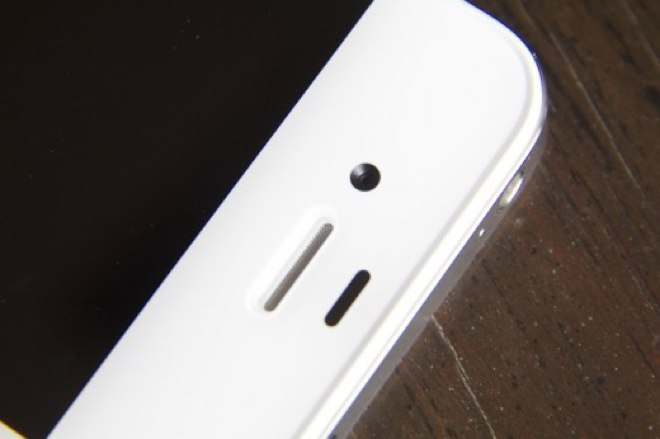 Not every new feature of the iPhone is a major shift, many are just refinements of what have come before. But some few definitely are and I think that the iPhone is poised to gain another hugely disruptive feature: high definition audio.

With the release of iOS 5, many of the constant complaints about the iPhone were adressed. Better notification system, more privacy options, integration with Twitter and more have all contributed to maturing iOS in a big way.

One of the most disruptive additions to iOS was iMessage, a cross-device messaging service that integrates seamlessly with the standard Messages app on iPhones, iPods and iPads. iMessage has insane potential to upset the balance of power when it comes to text messaging and the carriers know it.

Because iMessage is mostly seamless, users of iOS 5 have begun sending thousands of text messages completely for free, and many of them don’t even know it.

This is why AT&T killed off its in-between messaging plans and now only has a ‘pay-per-text’ and unlimited option. Anyone on an unlimited plan who primarily messages other iDevice users could easily have downgraded to one of the lower capacity plans and not skipped a beat.

Text messages are one third of the threefold rope that carriers have wrapped around our necks. The other two are data and voice. Data is an absolute necessity for any smartphone, of course, but what about voice?

Voice quality on most modern phones is terrible for a couple of reasons. Many phones have antennas that just aren’t up to the job, especially as almost all devices have adopted a streamlined design with no exterior stalk.

But the fact is that the voice technology used by most cell phone carriers hasn’t received much attention, as the concentration has been on building out data networks and coverage areas.

So now is the time for someone to improve the voice quality of our phones, and cut one more cord away while they’re at it.

Apple is in a unique postion to do this as it has an insane amount of leverage over the carriers, many of which consider the iPhone to be indispensable to their business, especially in the US, but also in other locations worldwide.

If Apple were to introduce high definition audio streaming (something along the lines of Skype’s SILK technology, but perhaps built with ALAC) to all iDevices, it could bring down the hammer on carrier plans overnight.

Imagine firing up the Phone.app from your device’s springboard and making a call. If your phone detects that the other device is running iOS, then it automatically switches seamlessly to an HD audio call using your data connection and not your minutes. Lets call it VoiceTime.

iMessage uses Apple’s push notification system to do this, although FaceTime uses a super-short voice call when you’re contacting a phone number and push if you’re using an email address.

If you’ve ever made an HD audio call using Skype, you know how crystal clear it really sounds. It’s fantastic. Many podcasters use Skype because of this audio quality and it makes me wonder just what plan Microsoft has to use it in its mobile business.

This is a variation on the theme of a data only device like an ‘iPod touch 3G’, but I feel that data networks aren’t built out quite enough yet. Debuting it on the iPhone first would give you the ability to fall back to a regular call if you need to.

This kind of system would allow Apple to deliver insanely crisp audio calls, something that almost no other smartphone does, especially on AT&T. At the same time, it would sidestep the carrier’s voice plans almost entirely in a clever passive-aggressive way, much like iMessage did.

Of course the carriers would have to alter their plans in some way, perhaps by raising data rates or by monkeying with voice plans, the way that AT&T did with its text messaging plans. But there is little they could likely do to prevent Apple from implementing it.

What do you think, would you welcome a seamless VoiceTime service that saved you money and gave you super-clear voice calls? Do you think the carriers would ever go for it, or if they could stop Apple even if they wanted to? Let us know in the comments below.

Thanks to my friend Oliver Nelson for an inspiring phone conversation about the possibilities of HD Audio.

Read the latest Apple news every day at TNW Apple.

Read next: This could be the most unique Steve Jobs tribute yet