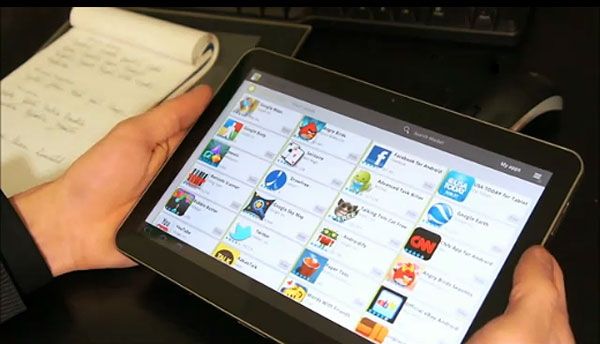 With a preliminary injunction already banning the sale and import of Samsung’s Galaxy Tab 10.1 device in Germany, a German court has ruled that Apple’s request for a ban will be upheld and the Korean smartphone giant will not be able to offer customers its new tablet device in the country.

The District Court of Düsseldorf has just ruled that Samsung infringed the design rights from Apple, meaning that Samsung will potentially miss out on sales in the tablet market, rated at around €1 billion.

“The court is of the opinion that Apple’s minimalistic design isn’t the only technical solution to make a tablet computer, other designs are possible,” Brueckner-Hofmann said. “For the informed customer there remains the predominant overall impression that the device looks” like the design Apple has protected in Europe.

On August 9, Samsung was issued a preliminary injunction on sales and imports across Europe, with only the Netherlands exempted, which could specify fines of up to $350,00 per violation and imprisonment of Samsung’s management if infringement was seen to be being continued. According to reports, the Düsseldorf court where the injunction was granted has a reputation for being the German equivalent of the United States’ East Texas courts when it comes to fast-tracking patent infringement cases.

The European injunction was lifted after the court said it was not aware of its jurisdiction across Europe, revising its ruling to ban imports and sales in Germany alone. However, the German version of the tablet will be banned across Europe.

Meanwhile, both Apple and Samsung continue to fight patent claims in courts in Japan, Korea, the U.S and other regions across the world.

Read next: 5 ways to protect your work online