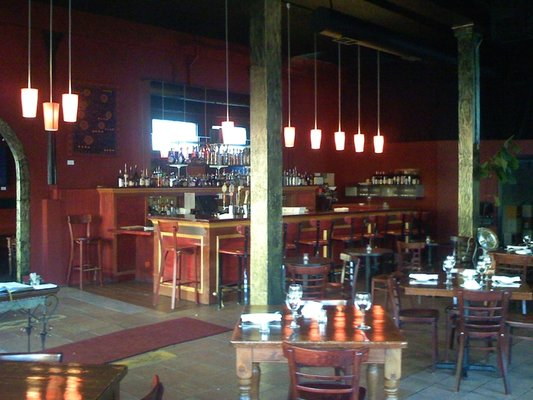 An Apple employee has left another iPhone prototype at a bar in San Francisco, reports Cnet. Apparently the loss occurred in the Mission district in late July, according to their sources.

The lost iPhone went missing at Cava 22, a ‘tequila lounge’, after which Apple contacted the San Francisco Police to get assistance in securing its return. Apple apparently told the police that the device was priceless and was ‘desperate’ to get it back.

After it discovered the loss, Apple traced the phone electronically to a family home in the Bernal Heights neighborhood. But a search of the man’s apartment turned up nothing. Interestingly, the man acknowledged being at Cava 22 that night. There are no details about how Apple was able to trace the device, but either the Find my iPhone service or an internal tool installed specially on prototype devices is likely.

The phone apparently turned up on Craigslist, where it may have been sold for about $200. No details about the device are available either.

Apple is notoriously protective of iPhone prototypes, enclosing them in special containers for antenna testing, shrouding them in cases that obscure their shape when in public and testing new internal components in casings that mimic older iPhone designs.

Last year gadget blog Gizmodo purchased an iPhone 4 prototype lost at a bar in Redwood City by Apple employee Gray Powell for $5,000. After the site posted images of the phone and revealed the employee’s name, the phone was returned to Apple. A subsequent legal investigation was dropped against Gizmodo but continues against the two men responsible for delivering the phone to the site.

Read next: Lawsuit claims Microsoft tracking its mobile users against their express wishes